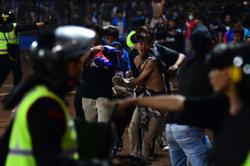 Indonesia depends on imported wheat to produce things like instant noodles, which make up a major part of the Indonesian diet. - Bloomberg

JAKARTA (Bloomberg): Indonesia, a resource-rich country but also one of the world’s top importers of wheat and sugar, is boosting production of staple crops as the Covid-19 pandemic and war in Ukraine exposed risks in its food supply chain.

Already the biggest palm oil producer, the South-East Asian nation is trying to increase output of corn and wheat substitutes like sorghum, sago and cassava. The move is fuelled by worldwide labour shortages, soaring energy costs and Russia’s invasion of Ukraine, which propelled global food prices to records.

Food security is a key priority for President Joko Widodo, popularly known as Jokowi, who is set to host a Group of 20 leaders summit in November. This year, Indonesia has faced inflationary pressure from surging edible oil prices, prompting the government to ban palm oil exports temporarily in one of biggest acts of food protectionism globally since the war erupted in Ukraine.

Here are the ways Indonesia is seeking to boost agricultural production:

Indonesia is the world’s second-biggest importer of wheat and has felt the impact of Russia’s war in Ukraine, which cut off grain supplies from a region that fed billions of people in the form of bread, pasta and packaged foods.

Indonesia is pushing for higher output of sorghum, sago and cassava, a move that is taken as the country may have to deal with prolonged export bans from some producing countries. President Jokowi has instructed the Cabinet to produce a roadmap for expanding planting areas by at least 300% through 2024.

The country depends on imported wheat - mainly from Australia, Ukraine, Canada, Argentina and the US - to produce things like instant noodles, which make up a major part of the Indonesian diet. Sorghum flour has a texture and density that makes it comparable to wheat flour.

Indonesia, which imports less than 1% of global corn trade, is planning to stop buying from overseas in three years. Corn imports have already declined sharply to 800,000 tons from as much as 3.5 million tons seven years ago.

Indonesia uses corn as a livestock feed, mainly for its poultry sector. Besides curbing imports, the country is also planning to build up state reserves to help stabilise prices of corn.

Rice is the staple food in Indonesia and the country has long pushed for self-sufficiency to ensure stable supplies and prices for its 270 million people.

The country hasn’t imported rice for the past three years as stockpiles are ample. State-owned food company Bulog even aims to export rice to neighbouring countries such as Timor-Leste. President Jokowi has said the country needs to remain vigilant and find new high-yielding rice varieties.

Indonesia still relies on other countries for much of its sugar, soybeans, beef and garlic supplies. The government is focusing its distribution of subsidised fertilisers on nine food crops such as rice, corn, soybean, sugar cane, chilies, shallots and garlic. That’s down from 70 crops under the previous policy as the government said there’s a need to safeguard production of staple crops. 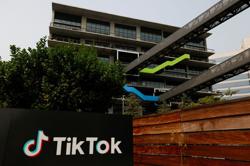