SEOUL (Reuters): North Korea's Kim Yo-jong (pic), the powerful sister of leader Kim Jong-un, said on Friday (Aug 19) the country will never deal with a South Korean proposal to boost the North's economy in exchange for giving up nuclear weapons.

Her comments mark the first time a senior North Korean official has commented directly on an "audacious plan" first proposed by South Korea's President Yoon Suk-yeol in May.

They came after Yoon repeated on Wednesday at a news conference to mark his first 100 days that he was willing to provide phased economic aid to North Korea if it ended nuclear weapons development and began denuclearisation.

"To think that the plan to barter "economic cooperation" for our honour, nukes, is the great dream, hope and plan of Yoon, we came to realise that he is really simple and still childish," Kim Yo-jong said in a KCNA statement.

"No one barters its destiny for corn cake."

"Though he may knock at the door with what large plan in the future as his "bold plan" does not work, we make it clear that we will not sit face to face with him," she said.

Experts say South's latest economic plan is similar to proposals by previous presidents, including those during the summits between the then-US President Donald Trump and former North Korean leader Kim Jong-un, suggesting the North was unlikely to accept the offer.

"Yoon's initiative adds to a long list of failed offers involving South Korean promises to provide economic benefits to North Korea... These were the same assumptions that were behind a succession of failed efforts to jump-start denuclearisation talks," Scott Snyder, a senior fellow at the Council on Foreign Relations think tank, said in a blog post on Thursday.

"The acuteness of North Korea's economic vulnerability will make the leadership all the more resistant toward South Korean-proposed infrastructure projects," he added.

North Korea, meanwhile, test fired two cruise missiles into the sea on Wednesday, the first such test in two months. It came after the country declared victory over Covid-19 last week. 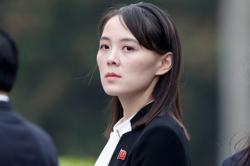