Govt ‘may legalise’ recreational cannabis use in future

DESPITE repeated calls by doctors to suspend the decriminalisation of ganja, Public Health Minister Anutin Charnvirakul hinted at the opposite – further legalising the plant for recreational use.

Anutin dropped the hint on Wednesday during the “Meet the Press: Cannabis” event held by the Public Relations Department.

Anutin, leader of the Bhumjaithai Party which championed its free ganja use campaign during the previous election, said a new cannabis bill may be amended to allow recreational use if the people accept it and know how to use it safely.

“In Thailand for the time being, we don’t advocate recreational use, but that will not be definite, it can be amended when people have full understanding on how to use it correctly and it might come, but not now,” Anutin said during the event.

He also said the cannabis bill, which is being vetted by a special House committee, will be sent back to the House this week for the second and third readings.

Several groups of doctors and medical personnel have called on the government to suspend the decriminalisation of ganja pending an enactment of the cannabis law. They voiced concern that in the vacuum period and without a law to govern the use of ganja, youths may abuse by consuming it as a drug or smoking it and suffer from adverse effects.

More than 850 medics at Ramathibodi Hospital have joined a campaign to halt the legalisation of ganja until controls on cannabis usage – especially among children – are implemented. But Anutin argued that legalisation of medical cannabis has not been harmful to society as feared by doctors.

He pointed out that during the past two months after cannabis was decriminalised, only 60 people were admitted to hospital under supervision of the Public Health Ministry. This was just one per day on average, which was a very tiny percentage compared to Thailand’s population of 70 million, he pointed out. 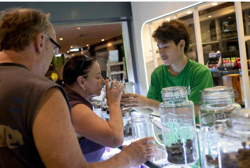 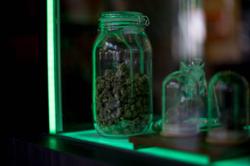