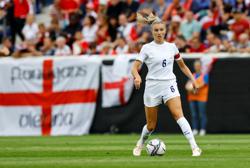 Immigration authorities in Germany hands back a passports after inspection. — DPA

According to the notice posted to the German Embassy in Việt Nam, the decision takes effect immediately, and visa issuance on the new passports will resume.

On July 27, 2022, Germany said it would suspend recognition of the navy-blue cover passports (starting to be issued by Vietnamese authorities from July this year) due to the omission of the place of birth, making it harder for immigration authorities to identify the passport holder.

“The temporary recognition is effective immediately for a transitional period pending the Government of the Socialist Republic of Vietnam's necessary action to reinstate place of birth as a written feature on the passport data page of all Vietnamese passports," the embassy said in a statement.

"This decision was in the interests of ease and safety of travel between Vietnam and the Federal Republic of Germany.

“Providing that the place of birth has been entered by the Vietnamese authorities in accordance with the Vietnamese model, new passports can now be accepted again for the purpose of applying for a visa. The issuance of C multi-year visas has been suspended until further notice.”

Germany emphasised that this is only a temporary solution, and the country would remain in close contact with the Government of Vietnam and Schengen partners.

Spain, who rejected Vietnam’s passports on the basis of lack of a place of birth on Aug 1, resumed recognition of the documents a week later, as long as the holders provide valid identification cards with this information as it is required for processing visa applications into Schengen countries.

This leaves the Czech Republic as the only country who have not recognised the new passports issued by Vietnam.

Following the rejections, the Immigration Department while insisting the passports comply with International Civil Aviation Organisation (ICAO) standards (which doesn't state the place of birth as a mandatory field of information in the passport's visual inspection area), has said it would add birth place to the appendix of the new passports.

The embassies of United Kingdom and France have expressly stated they would continue to recognise the passports but urged travellers to ensure that they closely follow the situation on acceptance of these documents for all their destinations. 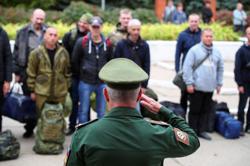