BANGKOK (The Nation/Asia News Network): A man who hacked into the website of Thailand’s Constitutional Court last November was sentenced to one year and six months in jail on Thursday (Aug 18).

The Criminal Court also ordered the defendant, 34-year-old Wachira Supathian, to pay 87,227 baht in compensation to the court.

He was found guilty of violating the Computer Crime Act by making an unauthorised entry into the Constitutional Court’s computer system.

His lawyer Noraset Nanongtoom, from the Thai Lawyers for Human Rights, said on Thursday that the Criminal Court did not grant a Constitutional Court request for 10.2-million baht compensation for damage to its reputation. He explained that it was because the plaintiffs did not offer any argument to support their claim of damage to reputation.

Regarding civil damages, the Criminal Court ordered the defendant to pay 87,227 baht in compensation to the Constitutional Court.

The hacker attack occurred on Nov 11, a day after the Constitutional Court ruled that three leaders of the anti-establishment movement — Arnon Nampa, Panupong Jadnok, and Panassaya Sitthichirawatanakul — were attempting to overthrow Thailand’s constitutional monarchy through their speeches given at Thammasat University’s Rangsit campus in August 2020. 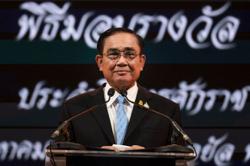