HSBC: Nation will have more millionaires per population vs US by 2030

In the next eight years, the number of millionaires in city-state as a share of its population will grow to surpass that of the United States, China or any other economy in the Asia Pacific region, said HSBC in a report.

The study looks at resident population which comprises citizens and permanent residents.

To measure the wealth of the millionaires, HSBC said it used their cash in banks, investment in securities such as stocks and bonds.

It also includes real estate holdings, which includes owner-occupied properties, after deducting any outstanding mortgage amounts.The bank said that in Asia, Singapore is already second to only Australia, whose share of millionaires per population stood at 8% in 2021.

By 2030, Australia will drop to second place with 12.5% of the nation holding cash and assets of at least a million US dollars. 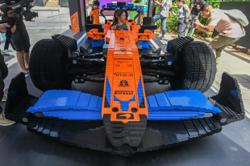