Smuggling attempt in Brunei goes up in smoke 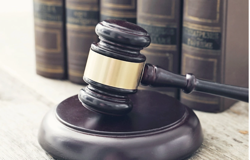 The contraband in the car. - RBP

The personnel from Company ‘C’ Police Reserve Unit of the Royal Brunei Police Force (RBPF) and Royal Brunei Armed Forces (RBAF) were on patrol when they discovered an attempt to smuggle the contraband.

The patrol found three vehicles parked at the industrial area under suspicious circumstances.

The suspected smugglers saw the enforcement personnel and fled into the jungle towards the border.

Checks of the abandoned vehicles uncovered boxes filled with contraband. Further checks of the surrounding area unearthed more boxes at a riverbank – suspected to be the origin of the illicit goods.

The Kampong Ayer Police Station and Royal Customs and Excise Department (RCED) were notified of the discovery. The contraband and vehicles were handed over to RCED for further action. 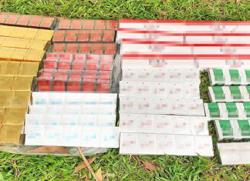 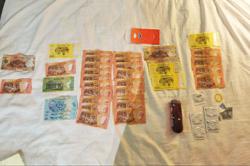