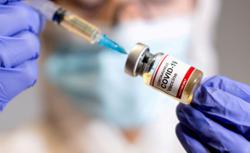 ALMOST all Indonesians have developed antibodies against Covid-19, according to the latest serosurvey conducted by the Health Ministry and the School of Public Health at the University of Indonesia in July.

Researchers examined blood samples from 20,501 people in 100 cities across the archipelago and found that around 98.5% of them had antibodies against the virus, due to vaccination or past infections.

The figure is almost 10 percentage points higher than the 87.8% recorded in a previous survey in December which involved the same respondents.

One of the researchers, Muhammad N. Farid, said the average antibody titer found in the respondents also increased fourfold compared with the December blood survey, from 444 units per millilitre to 2,097 units.

“This is due to the fact that there’s an increase in people who’ve been vaccinated and who contracted Covid-19 in the past six months,” Farid said in a press conference.

He explained that in December of last year, roughly 30% of Indonesia’s targeted 208 million population had not received Covid-19 vaccines, while last month only some 18% had not been inoculated.

The proportion of people who have received booster shots has also significantly increased as well, from 0.5% in December to 22.5% in July.

Epidemiologist Pandu Riono, who was also involved in the study, said the result of the serosurvey showed the effectiveness of a third Covid-19 vaccine in increasing protection against the coronavirus. Pandu said the highest increase in antibody titer was observed among respondents who had received a booster dose, with an average of 4,496 units per millilitre.

Meanwhile, respondents between one and five years old who have not yet been eligible for Covid-19 vaccines have an average antibody titer of 1,047 units per millilitre.

“This means that vaccination is much more effective in raising one’s antibody levels compared with natural infections,” he added.

Pandu urged the public to get the third shot as soon as possible, as although a high antibody titer could not protect someone from coronavirus infections it could help lower the risk of developing severe symptoms and death among Covid-19 patients.

This, he said, was proven during the Omicron variant-fuelled wave that struck the country in January and February. — The Jakarta Post/ANN 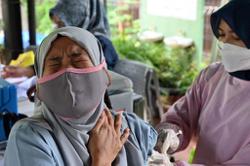 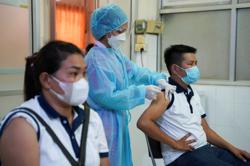