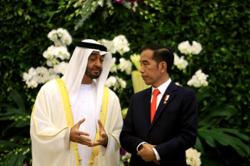 BANDAR SERI BEGAWAN (Borneo Bulletin/Asia News Network): Brunei Darussalam maintained the 12th spot in the Global Muslim Travel Index (GMTI) 2022, with a 61 per cent score. It secured full marks for its prayer venues and airport, and a 90 per cent score for its halal dining.

The services category evaluates the availability of core Muslim-friendly services and key touch points at the destination.

Most services, such as the restaurant sector, were at a standstill with forced temporary closures in 2020 and 2021.

They are just re-opening after a long pause.

As such, data collected in 2019 was taken as the reference point for several sub-criteria under this category.

The GMTI 2023 is foreseen to be able to capture the actual state of these services re-opening after the pandemic.

With the impact of the pandemic easing, the tourism sector is again finding its footing and has begun to show significant developments in the last few months, the report said.

The loosening of Covid-19 restrictions, the re-opening of international borders and increasing global flight connectivity have allowed eager travellers – who were confined to their homes during the last two years – the freedom to travel once again.

Some destinations have taken advantage of the opportunity by developing stakeholder awareness, capacity building and destination marketing to the Muslim outbound markets, even during the pandemic.

This year’s ranking reflects such efforts. Malaysia continues to maintain its top position in the GMTI 2022.

However, the gap between Malaysia and other top Muslim-friendly destinations is narrowing.

Singapore is still the only nation outside of the Organisation of Islamic Cooperation (OIC) to make it to the top 20 of the GMTI 2022 rankings. 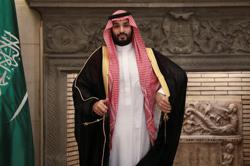