Cambodia – and the world alike – are determined to conserve elephants and provide them with a safe habitat, free from the threat of poaching, and reducing conflict between humans and elephants.

The commitment was reiterated on World Elephant Day yesterday.

Ministry of Environment spokesman Neth Pheaktra said Cambodia has between 400 and 600 wild Asian elephants, with most of them living in the Cardamom Mountains, the northern plateau of the Tonle Sap – known as Prey Lang – and the eastern highlands of Mondulkiri and Rattanakkiri provinces.

He added that these areas are rich in biodiversity and have an ecosystem which is favourable for the lives of elephants and other large wild animals. The number of domestic elephants is estimated to be over 70.

“Today, we and the whole world celebrate World Elephant Day. We remain committed to providing a safe environment for these majestic creatures and protecting them from harm,” he said.

Pheaktra added that Cambodia was actively involved with several countries around the world in conserving the world’s remaining elephants, which were put on the International Union for Conservation of Nature Red List of Threatened Species as “critically endangered”.

He called for an end to all activities that threaten elephants, especially to reduce conflict between humans and elephants.

According to the latest research, in the last 60 or 70 years, the number of Asian elephants in the world has decreased by about 50%, while their natural habitat has been reduced by nearly 90%.

There are between 39,463 and 47,427 Asian elephants living in the wild, with about 75% living in India and Sri Lanka. They are considered an important species due to their cultural significance, role in ecosystems and for protecting other species in their habitats.

Pheaktra said the Cambodian Elephant Conservation Group was established in 2005. It is a partnership between the Ministry of Environment, the Forestry Administration and Fauna & Flora International, and aims to conserve Cambodia’s elephants by bringing together governmental and NGO wildlife managers and forest communities. — The Phnom Penh Post/ANN 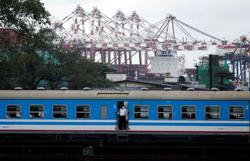 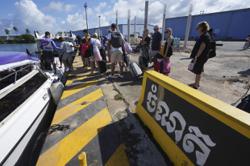