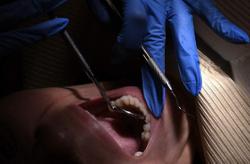 THE government is planning to strengthen its relatively lax regulation on smoking in a bid to curb the increasing number of child smokers in the country.

Under a planned new regulation, the Health Ministry is looking to control the promotion and packaging of ecigarettes, which have remained unregulated since their legalisation in 2018.

The ministry is also seeking to increase the size of graphic health warnings on tobacco packaging from 40% to 90%, ban the advertising, sponsorship and promotion of tobacco products, and prohibit the selling of single cigarettes.

Imran Agus Nurali, the ministry’s director of health promotion and community empowerment, said authorities were currently seeking to revise Government Regulation (PP) No.109/2012 on the restriction of addictive tobacco substances for health. The ministry argues that the prevailing regulation is no longer sufficient to prevent underage smoking.

“We need stronger measures to reduce tobacco consumption to protect our future generations from the impact of smoking,” Imran said in a webinar on Thursday.

He explained that based on a survey in Timor Leste, which has implemented 90% graphic health warnings on tobacco packs, increasing the size of the warning has proven to be effective in discouraging people from buying cigarettes and deterring first-time smokers.

Banning the advertising, sponsorship and promotion of tobacco products is also crucial as according to the 2019 Global Youth Tobacco Survey, around 65% of Indonesia’s children are exposed to tobacco ads through television, point-of-sale advertising and billboards.

Indonesia is the only country in the South-East Asian region that still allows cigarette advertising in television and printed media.

According to the World Health Organisation in 2021, some 144 countries had totally banned the advertising, sponsorship and promotion of tobacco products in mass media and at point-of-sale.

Imran said it was also important to prohibit the sale of single cigarettes. Purchasing individual cigarettes tends to be more attractive to youth and could serve as a gateway for underage smoking, largely due to the fact that they are sold without warning labels and cost less up front.

Aside from revising the prevailing tobacco regulation, the government has also touted the idea of further increasing the cigarette excise tax next year.

Earlier this year, the Finance Ministry raised tobacco excise by 12%, leading to an average 35% increase in cigarette prices.

Some 34% of Indonesia’s population, 70.2 million people, are smokers with around 75% of them having started smoking before the age of 20.

Out of that figure, around 52% started consuming cigarettes between the age of 15 and 19 and around 23% started smoking when they were 10 to 14 years old.

“Studies have shown that children between the ages of 13 and 18 who are exposed to cigarette advertising are 2.7 times more likely to start smoking compared with those who aren’t,” Jasra said.

Statistics Indonesia estimates that this figure could reach 16%, if the government does not carry out serious intervention to reduce tobacco consumption.

According to the Health Ministry, tobacco kills around 290,000 people in the country each year.

Indonesia is one of the biggest tobacco markets in the world and cigarette sales continue to rise in the country, largely due to lax regulation and high affordability of tobacco products.