Speaking at a networking event on Thursday, Nguyễn Hữu Nam, deputy director of the Vietnam Chamber of Commerce and Industry (VCCI) in HCM City, said these developments would help expand Vietnam-Poland trade and investment relations.

The European Parliament (EP) recently passed a report on its Indo-Pacific strategy in the area of trade and investment, stressing the importance of the EU’s free trade agreements with partners in the region.

The report called on EU members to ratify the EVIPA so that it can take effect early and create optimal conditions for promoting the EU’s investment in the region and Việt Nam.

According to the EP, the EVIPA will replace the 21 existing bilateral investment agreements between Vietnam and 21 EU member states.

These rules will ensure that European investors will receive the best available treatment, without infringing on Vietna’s right to legislate in its own best interests on issues such as health and safety or the environment.

Experts said if the EVIPA is fully ratified by all 27 European nations, Vietnam may have more advantages in attracting high-quality investment from the EU than China.

In May, the ratification of the EU-China Comprehensive Agreement on Investment was suspended by the EP due to geopolitical tensions, they said.

One of Asia’s fastest-growing economies and a gateway to the wider East Asia region, Vietnam is a promising market, and relative to the size of its economy, it has lured a great deal of foreign investment, according to an EP statement.

In a related matter, the EC in 2017 issued a “yellow card” warning against seafood caught by Vietnam and exported to the EU. The EC has made four groups of recommendations the country needs to implement in order to have the “yellow card” lifted.

The EC’s “yellow card” warning has seriously affected the Vietnamese seafood industry and the livelihoods of fishermen around the country, experts said.

Long-standing Vietnam-Poland relations had grown consistently in all areas, including the trade of agricultural products and food, he said.

According to Piotr Harasimowicz, chief representative officer of the Polish Trade and Investment Bureau in HCM City, Vietnam holds a special position in South-East Asia as it is the only country to have the EVFTA and an EVIPA with the EU.

Bilateral trade between the EU and Vietnam has grown steadily since both sides established formal diplomatic ties in 1996.

Compared to the rest of the EU, Poland has increased its trade with Vietnam faster. From August 2020 to May 2021, Polish exports to Vietnam increased by 21.5 per cent, and its imports from Vietnam by 26 per cent year-on-year.

Harasimowicz said bilateral trade and investment ties had made progress but were yet to fulfil their potential.

“There is much room for Vietnam and Poland to expand trade and investment ties,” he said.

In the first quarter of 2022, the bilateral trade reached nearly $900 million, of which, Vietnam’s exports were nearly $800 million and Vietnam’s imports were more than $100 million.

Vietnam mainly exported footwear, textiles and garments and agricultural goods such as cereals and coffee, while Poland exported dairy products, animal feed, cosmetics and pharmaceuticals, for which Vietnam has great demand.

Poland exported to Vietnam fresh and processed foods, fresh and canned fruits, beef, lamb and pork, all of which are of high quality and manufactured according to EU standards.

As of May, Poland ranked 36th out of 134 countries and territories investing in Vietnam with 27 projects having total registered capital of over $400 million. 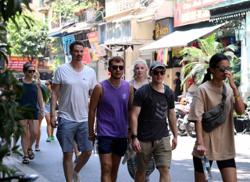