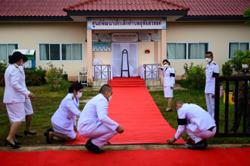 He said Thai workers are now able to work in Saudi Arabia, thanks to Prime Minister Prayut Chan-O-Cha’s efforts to restore relations between the two countries after three decades of sour ties.

Riyadh cut trade and diplomatic relations with Bangkok after the so-called Blue Diamond affair, in which the theft of jewels by a Thai worker from a Saudi palace in 1989 was followed by the killing of Saudi representatives in Thailand.

“Overseas labour markets will be opportunities for our children to seek experiences and learn new technologies to be applied in Thailand,” Suchart said.

He vowed to complete a memorandum of understanding to send workers to Saudi Arabia within 90 days.

The Saudi Crown Prince has a vision to build a huge city with modern technology as a centre of finance in the Middle East, which would create more than 1 million jobs, Suchart pointed out.

Saudi Arabia has good demand for workers in its tourism, hotel, restaurants and healthcare sectors, he added.

He said 60 Thai workers have applied for jobs there, 45 of who applied as nurses and 15 as engineers.

The department will send eligible workers to Saudi Arabia as soon as possible, he promised.

He added that private employment agencies would also be allowed to send workers to Saudi Arabia in the future.

Pairoj expected more jobs to be available in the Gulf kingdom, especially those in the service sector with monthly salaries of more than 100,000 baht.

He also expected Saudi Arabian demand for Thai workers to increase because of its project to build a smart city on the Red Sea coast. 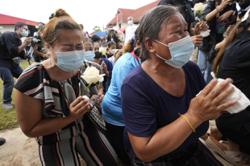