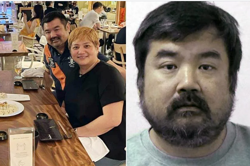 Tragic: Fong in a police mugshot and his wife. — The Straits Times/ANN

A SINGAPOREAN accused of smothering his wife to death with a pillow changed his plea to guilty on the fifth day of his trial for murder, in a court session in Britain that was over in less than half an hour.

After deliberation with his attorneys on Tuesday morning, Fong Soong Hert, 51, admitted to killing Pek Ying Ling, his wife of 28 years, last year.

The trial at Newcastle Crown Court was delayed for an hour and a half as Fong met his attorneys, with proceedings originally meant to get under way at 10.30am.

The attorneys then met briefly with the judge in the courtroom.

After the jury was led in, the judge opened the day’s session by informing them of the change in plea, while Fong showed no emotion.

He looked over at his sons, who were sitting in the gallery, as he was led out of the courtroom.

The conviction draws a sentence of life imprisonment. Fong will reappear in court tomorrow for sentencing to determine the minimum term he must spend in prison.

Judge Paul Sloan told the jury that Fong’s decision to change his plea was made after the defence consulted further with the expert witnesses and reviewed the evidence.

They concluded that the defence of “diminished responsibility” needed to reduce the charge to manslaughter was unsustainable and advised Fong accordingly, he said.

“It is accepted that the defendant is guilty of murder and that is why this morning he has tendered that plea before you.”

He went on to direct the jury to formally return a verdict of guilty.

“However, technically he’s still in your charge.”

He then thanked the jury for their participation up to an “unexpected conclusion” to the trial.

Fong smothered his 51-year-old wife’s face with a pillow on Dec 6 last year at the County Aparthotel in Newcastle, Britain.

The couple had been on a months-long holiday from Singapore to Dubai and Europe during which they planned to visit their three sons.

They arrived in Scotland in late November and spent some time on the Isle of Skye, where Fong took a tumble down a steep slope as he was taking a photograph.

While he did not break any bones, the fall caused him significant pain which continued over the next several days and weeks despite trips to the hospital and pain medication, the court heard.

In early December, the couple travelled to Newcastle to meet their son, checking into the County Aparthotel when they arrived.

Fong, who was still experiencing severe pain in his back and legs, collapsed twice on Dec 4 and 5 at the hotel, both times falling on his wife and slightly injuring her.

The second time, they sought treatment at the Royal Victoria Infirmary, where they waited for several hours to be seen, leaving them helpless and lost, the court heard.

After being treated, Fong and Pek went back to the hotel, where they ate a meal, discussed, until the early hours, the falls and a potential change of holiday plans owing to Fong’s pain.

But at some point during the night – at an undetermined hour – Fong knelt on his wife to restrain her, a pathologist report, which revealed large bruises on her shoulders, suggested.

He then held a pillow over her face for what must have been several minutes before she blacked out and then died of suffocation.

As he has done throughout the trial, the defendant said he could not remember anything between the conversation with his wife and finding her unresponsive on the bed the next morning.

He said he froze at that point and it felt “like a nightmare”.

The court heard that Fong called his son Alonzo the next morning to tell him that his mother was not responding and that he hoped she “could still be saved”.

During a call to emergency services, Alonzo said: “I think they got into an argument and then what he told me is he lost it and covered her mouth and just told me she’s gone.”

Fong’s memories of the arrival of police and paramedics, his arrest, and questioning at the police station, were also very sparse.

But the jury heard that while in the holding cell after his arrest, Fong was recorded as saying: “I snapped. I just wanted her to keep quiet.”

During the trial, Fong had described his 28-year marriage as “wonderful – we were so happy”, adding that the couple “bickered” but they never became physical.

He consistently expressed regret at his fatal actions, telling the court: “My heart is very, very painful, my whole world is collapsing. It’s blank.”Over five days, the prosecution and defence questioned Fong and his son Alonzo, as well as the pathologist and police officers.

Following their father’s plea, the couple’s three children issued a joint statement, which said: “We are heartbroken after losing our mum, but now, we just want to provide our dad with the support he needs.” — The Straits Times/ANN 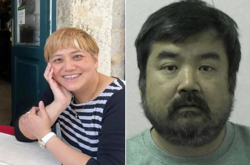 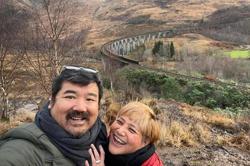