THE kingdom proposed a series of measures to improve bilateral and multilateral ties at the Asean Post Ministerial Conferences (PMC) earlier this week in Phnom Penh, aimed at seeking cooperation with dialogue partners for a sustainable post-pandemic economic recovery.

The PMC meetings were held in Phnom Penh on Aug 4.

The meetings aimed to strengthen cooperation between Asean and its dialogue partners.

In the meeting with Japanese Foreign Minister Yoshimasa Hayashi, Thailand raised the way forward to enhance cooperation between Asean and Japan, especially on peace and stability, which are in line with the Asean Outlook to the Indo-Pacific.

The meeting also noted the preparations for commemoration of the 50th anniversary of Asean-Japan relations in 2023.

In the meeting with South Korea, Don highlighted cooperation in areas where Seoul has expertise, such as healthcare, economy, cultural links, and soft power. The meeting also exchanged views on regional and international issues, the Foreign Ministry said.

In the meeting with India, he proposed the Bio-Circular-Green economy model as the way forward to enhance cooperation and promote human security, it reported.

In the meeting with the US, he supported Washington’s role in the region through multilateralism which supports Asean centrality. He also highlighted the importance of advancing cooperation, especially on innovation, digital and climate action through American investment. — The Nation/ANN 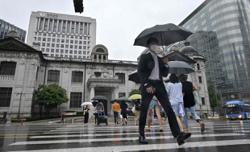