The grandchild of former Philippine President Fidel Ramos, center, hands over the urn in front of Philippine President Ferdinand Marcos Jr., third right, and Amelita Ramos, right, wife of the former president, during a state funeral at the Heroes' Cemetery in Taguig City, Philippines, Tuesday, Aug. 9, 2022. Ramos was laid to rest in a state funeral Tuesday, hailed as an ex-general, who backed then helped oust a dictatorship and became a defender of democracy and can-do reformist in his poverty-wracked Asian country. (Lisa Marie David/Pool Photo via AP)

FORMER Philippine president Fidel Ramos was laid to rest in a state funeral yesterday, hailed as an ex-general, who backed then helped oust a dictatorship and became a defender of democracy and can-do reformist in his poverty-wracked Asian country.

Ramos died on July 31 at age 94 from Covid-19 complications at the Makati Medical Center in the capital region, his family said.

He also suffered from a heart condition and dementia and had been in and out of hospital in recent years, former aides said.

An urn containing the ashes of the US-trained general, who served in the Korean and Vietnam wars, was placed in a flag-draped coffin, which was carried by six pallbearers amid sombre music.

His cremated remains were placed in his grave after a funeral procession led by honour guards and his family, which was showered with flower petals from two helicopters.

The ceremony, which was broadcast live nationwide by state-run and major TV networks, was attended by newly elected President Ferdinand Marcos Jr, and was capped by a 21-gun salute.

Marcos Jr visited Ramos’ wake last Thursday and condoled with the family of Ramos, who, he said, “was a symbol of stability after all the tumultuous events of 1986.”

Marcos Jr is the namesake son of the former Philippine dictator, whose 1986 ouster came after Ramos – then a top official of the Philippine Constabulary - and defence chief Juan Ponce Enrile withdrew their support in defections that sparked massive army-backed protests.

Ramos was the late dictator’s second cousin and had helped the elder Marcos enforce martial law starting in 1972 in an era when thousands of people were incarcerated, tortured and became victims of extrajudicial killings and disappearances.

Ramos was laid to rest near the grave of the dictator, who was buried at the Heroes Cemetery with military honours in 2016 in a secrecy-shrouded ceremony after then-President Rodrigo Duterte gave his approval and the Supreme Court dismissed objections from human rights activists.

The Department of National Defense, which was once led by Ramos, said he was a decorated soldier who spearheaded the modernisation of the military, one of Asia’s most underfunded.

He organised the elite special forces of the army and the national police.

The cigar-chomping Ramos, known for his “we can do this” rallying call to Filipinos, thumbs-up sign, attention to detail and firm handshakes, served as president from 1992 to 1998, succeeding democracy icon Corazon Aquino.

She was swept into the presidency in 1986 after the largely peaceful “People Power” revolt that toppled the dictator and became a harbinger of change in authoritarian regimes worldwide. — AP 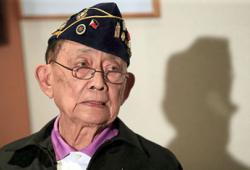 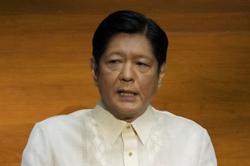