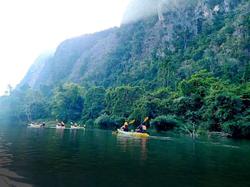 The increasing number of tourists in Laos are arriving from Asean countries. - VT

VIENTIANE (Vientiane Times/Asia News Network): Laos has seen a surge in the number of visitors following the lifting of travel restrictions in January as the Covid-19 pandemic subsided.

Records show that 42,197 foreign nationals entered Laos on tourist visas in the first six months of this year.

The increasing number of tourists in Laos are arriving from Asean countries.

Most visitors arrived in May and June, when 35,983 foreign tourists were recorded after the government waived all entry formalities, the Tourism Development Department of the Ministry of Information, Culture and Tourism reported.

The number of domestic tourists in the first five months of 2022 was recorded at 626,825, up 2.8 per cent compared to the same period last year.

With an average stay of 2.5 days per person, and average spending of 675,000 kip or US$45 per person per day, the estimated revenue from domestic tourists is about US$70.79 million.

From Jan 1-April 30, when tourists were first allowed into Laos after the country’s borders reopened, 546 people booked holidays with tour companies, according to the Immigration Police Department.

An increasing number of tourists are arriving from Asean countries. In one month from May to June, 33,435 tourists came to Laos, with 18,621 coming from Thailand and 14,447 from Vietnam.

In other figures recorded over the first five months of this year, 1,902 people from the Asia-Pacific region visited Laos, 467 from Europe, 512 from the United States, and 23 from Africa and the Middle East.

Only 144 tourists came from the Republic of Korea, far fewer than the 1,165 Chinese nationals who visited Laos, although China still has stringent travel restrictions in place. 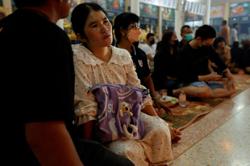