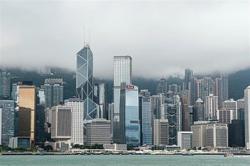 Home sales slumped about 57% by value in July from a year earlier, according to the city’s Land Registry. - Bloomberg

HONG KONG (Bloomberg): Hong Kong may consider waiving extra stamp duty on homes for mainland Chinese buyers as a way to shore up the economy and reverse a brain drain, according to a top adviser to Hong Kong’s leader. Local property developer shares rallied.

"Mainland professionals have been clamoring for the double stamp duty to be waived for them, even before they acquire the right of abode,” Regina Ip, convenor of the government’s advisory Executive Council, told Bloomberg Television on Tuesday (Aug 9).

"It is all a raft of measures under consideration and this is certainly something that the government could consider.”

Foreign buyers of residential property need to pay a 30% levy on all purchases under measures introduced in the past decade to cool home prices. Waiving the double stamp duty may reduce that to 15%. Shares of New World Development Co. and Sun Hung Kai Properties Ltd. surged more than 3% after the comments.

Home sales slumped about 57% by value in July from a year earlier, according to the city’s Land Registry. Rising interest rates and a worsening economy are projected to weigh on property prices in one of the world’s most expensive real estate markets. Goldman Sachs Group Inc. predicts home prices could fall 20% over the next four years.

Ip also acknowledged the benefit that would stem from ending hotel quarantine requirements by November, when a global banking summit and an international rugby tournament are planned.

"It’s a highly desirable goal - we all hope we could make it, but everything has to depend on a scientific approach based on the data, and we have to brace for other eventualities,” Ip said.

Hong Kong is battling to regain its status as a global aviation and commerce centre after years of strict Covid border controls isolated the former British colony and fueled an exodus of residents. The city’s economy is projected to shrink this year for the third time in four years.

The city’s leader, Chief Executive John Lee, on Monday reduced mandatory hotel quarantine for international travellers, slashing it to three nights from seven. While that move was welcomed by business groups and analysts, it was seen as insufficient given rival financial hubs have already opened their borders. 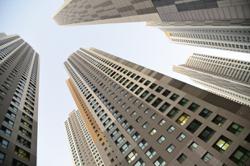