BANGKOK (The Nation/Asia News Network): Thailand is attempting to fill the void in China left by Beijing’s ban on more than 2,000 Taiwanese food imports amid rising tensions across the Taiwan Strait.

Commerce Minister Jurin Laksanawisit (pic) said on Friday (Aug 5) that the Thai trade attaché in Beijing has been instructed to gather a list of products that Thailand can export to China to make up for reduced supply from Taiwan.

China imposed targeted economic sanctions on Taiwan, which it considers to be part of its territory, after US House Speaker Nancy Pelosi made a high-profile visit to the island on Wednesday.

Beijing barred shipments from more than 100 Taiwanese exporters of food ranging from fresh produce to baby food, confectionery and pastries.

Jurin, who also doubles as deputy prime minister, said on Friday that Thailand’s imports and exports had not been affected by the tensions between China and Taiwan.

He added that his ministry’s Department of International Trade Promotion would hold an online business-matching event for Thai exporters and Chinese importers on Aug 24-25. About 150 Thai exporters and some 200 importers from China and Hong Kong have agreed to take part. 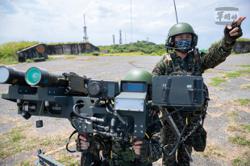