WASHINGTON, July 29, 2022 (AFP): US Secretary of State Antony Blinken will travel next week to the Philippines to meet new President Ferdinand Marcos Jr., with Washington expecting a close alliance despite rights concerns.

Blinken will meet Marcos in Manila on August 6 as part of efforts "to strengthen the US-Philippines alliance" including on energy and trade, the State Department said.

They will also discuss "our shared democratic values," a statement said.

Blinken will head to the Philippines after attending talks of the Association of Southeast Asian Nations in Cambodia.

Blinken has not scheduled but does not rule out meeting Chinese Foreign Minister Wang Yi in Phnom Penh, said Daniel Kritenbrink, the top US diplomat for East Asia.

"We'll see how things develop, but no formal plans," he told reporters.

Blinken and Wang held extensive talks on July 9 on the sidelines of a Group of 20 meeting in Bali, but tensions have since risen again over a potential visit to Taiwan by House Speaker Nancy Pelosi.

US officials said Blinken would also not meet in Cambodia with counterparts from Russia or North Korea, despite speaking by telephone Friday with Russian Foreign Minister Sergei Lavrov in a bid to free two US prisoners.

Marcos, the son of late dictator Ferdinand Marcos, quickly received a congratulatory call from President Joe Biden after he won May elections.

The United States has a treaty alliance with the Philippines and has backed its former colony in increasingly heated disputes in the South China Sea with Beijing.

US relations rebounded with Manila toward the end of the tenure of Marcos' predecessor Rodrigo Duterte, who waged a brutal war on drugs that rights groups say left tens of thousands of dead.

Marcos senior and the first lady, Imelda, were notorious for their graft and high-flying lifestyle in a country marked by rampant poverty.

The United States supported the elder Marcos for two decades but nudged him into going into exile in Hawaii in 1986 in the face of mass protests. - AFP 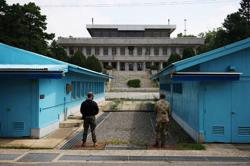 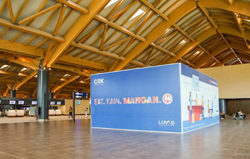