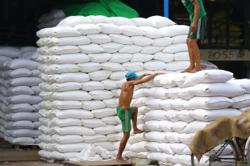 YANGON (Bloomberg): Myanmar has set a goal of doubling rice exports in three years’ time by focusing on higher-quality varieties, according to the president of the nation’s rice federation.

The country plans to ship as much as 4 million tonnes annually by 2025 from around 2 million tonnes now, amid demand from China, Europe and South-East Asian countries such as the Philippines, Ye Min Aung said in an interview. Earnings by then are expected to almost double to US$1.5 billion. Rice is Myanmar’s biggest agricultural export.

The pledge to raise shipments of Asia’s staple food comes after shortages of other commodities from wheat to corn and cooking oils pushed global food costs to a record this year. Still, Asian rice prices have been fairly subdued and trade around the five-year average.

The outlook for higher exports is also against a backdrop of a lower domestic crop. Output will be down about 5% because of "instability” in some parts of the country, but shipments can be sustained, Ye Min Aung said. Since the 2021 coup, there have been clashes between junta troops and resistance forces mostly in rural areas.

Myanmar is facing a growing food security crisis, with almost 25% of its 55 million people affected in a moderate or severe way, the Food and Agriculture Organization said in a recent report. Crop-input prices are rising, with fertilisers costing 3.6 times more than in 2019 and high-quality seeds increasingly unavailable or unaffordable, it said.

The varieties of rice exported and consumed locally are different, and the country has sufficient supply for the domestic population, Ye Min Aung said. The country needs to focus on irrigation and increasing yields, which are lower than in other countries, he said. 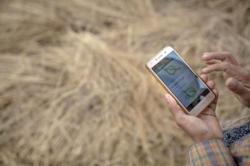