BANDAR SERI BEGAWAN, July 4 (Borneo Bulletin/ANN): Brunei's Ministry of Health (MoH) in a statement has dismissed as baseless a viral claim that monkeypox has been detected in the Sultanate.

On its official social media platform, the MoH advised the public not to buy into messages circulating on social media without first confirming the authenticity, and to refrain from forwarding them to others.

According to Section 34, Chapter 148 of the Public Order Act, anyone spreading false reports or making false statements – whether orally, in writing or by any other means – that are likely to cause public alarm or result in public disorder, is guilty of an offence punishable by a prison term of three years or a fine of up to BND3,000.

Meanwhile, the Sultanate recorded the recovery of 1,003 Covid-19 cases yon Sunday night (July 4), bringing the total number of recoveries to 163,025.

In its daily press statement, the Ministry of Health (MoH) also stated that one Category 5 patient is receiving treatment at the intensive care unit, while six Category 4 patients are under close observation and receiving respiratory assistance.

Meanwhile, 2.9 per cent of the populace have been administered the fourth dose of the Covid-19 vaccine, while 73.3 per cent have received the third dose.

The vaccination rate for children aged five to 11 who have been double-dosed stands at 75.7 per cent, while 50.2 per cent have received the third shot, the statement added. - Borneo Bulletin/ANN 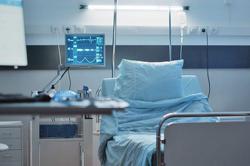