HANOI, Junly 3 (Reuters): Vietnam's economy grew at a 7.72% annual pace in the second quarter on the back of robust exports, government data showed on Wednesday, though authorities noted challenges such as rising inflation for the second half of the year.

The Southeast Asian country's gross domestic product growth compared with an expansion of 5.05% in the first quarter and was the strongest growth rate for the April to June quarter since 2011, the General Statistics Office (GSO) said.

"This is a fairly high growth compared with other countries in the region and in the world, while macroeconomic stability has been maintained," the GSO said in a report.

Exports in the January-June period rose 17.3% from a year earlier to $185.94 billion, while industrial production increased 8.7%, the GSO said.

The agency, however, warned Vietnam's economy will face challenges in the second half, including inflationary pressure, global political uncertainty and the lingering impacts of the pandemic.

"The COVID-19 pandemic has been contained in Vietnam, but its evolvement in the world remains complicated with the possible emergence of new virus variants," GSO chief Nguyen Thi Huong said. 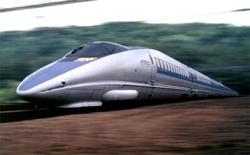