The Majorca Daily Bulletin reported that the two men, an actor and a musician aged 37 and 42, appeared in court on Tuesday.

They were released pending charges, but their passports were withdrawn.

The British girl gave a statement to the court, verifying what she had told Guardia Civil officers. She and her family left Majorca later on Tuesday.

The men and the girl were staying in separate hotels in the municipality of Andratx. They met at a restaurant last Friday night, where they struck up a conversation and had drinks together.

Later, the three went to the beach, where they became intimate. They then went to the men's hotel in the southwest of the island where the sex attack occurred.

The girl told officers that after forcing her to have sex, the two men made her shower to eliminate any evidence that could incriminate them.

The girl told her aunt what happened, who alerted the police.

A Guardia Civil patrol went to the men's hotel to investigate, and the girl was examined later at Son Espases Hospital in the Majorcan capital, Palma.

The Việt Nam Ministry of Culture, Sports and Tourism Chief Inspector Phạm Cao Thái on Friday said it was working on the allegation and would share accurate information later. V- Vietnam News/ANN 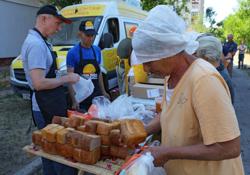