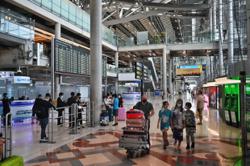 Tough road ahead: While the earlier dismantling of other, more onerous rules has helped lure some visitors back to the country, Thai businesses still desperately need a bigger influx of customers after Covid-19 left tourist hotspots deserted. — AP

The country has removed the last of its pandemic-related travel restrictions, but the nation’s once-vibrant tourism industry still faces plenty of challenges on its long road to recovery, not least the continued absence of big-spending Chinese visitors.

Anyone can now travel to the South-East Asian country without having to register for a so-called Thailand Pass before arriving, the last entry requirement after Thailand had ditched all other Covid-19 entry rules.

Yesterday’s move itself is unlikely to spark a sudden rush of visitors, especially as it is now the low season.

And while the earlier dismantling of other, more onerous rules such as quarantine has helped lure some visitors back to the country, Thai businesses still desperately need a bigger influx of customers after Covid-19 torched international travel and left tourist hotspots deserted.

“Tourists will return, but our survival will be challenging,” Tourism Council of Thailand president Chamnan Srisawat said.

“Less than half of tourism businesses have resumed, and those that are open again don’t have enough customers to operate profitably.”

Arrivals are expected to reach 24 million, or 60% of pre-pandemic levels, as far off as 2024, the World Bank said in a report on Wednesday.

International tourists spent 1.9 trillion baht in Thailand in 2019, and the industry has typically accounted for about 12% of the country’s gross domestic product, according to official figures.

Data on Thursday showed foreign travel spending in the first quarter this year was 65.9 billion baht (RM8.2bil), an 86% increase from the lows of the same period of 2021.

China used to be the biggest source of tourists, making up more than a quarter of international arrivals. But Thailand will have to rebuild without that crucial inflow for the foreseeable future as Beijing maintains a tight grip on travel in its pursuit of Covid Zero.

Phuket is particularly popular with Chinese visitors, he said.

“They used to fill every hotel, everywhere, whether seaside or downtown, all year round.”

Just to break even, hotels will need to increase occupancy rates to 50% from 30% now, said Marisa Sukosol Nunbhakdi, president of Thai Hotels Association.

“With incurring expenses and no revenue, we had to endure massive losses,” she said.

“Staff who left have not returned to the sector.”

Hotels had debts of more than 400 billion baht with Thai commercial banks around the end of 2021, according to the Bank of Thailand, while the tourism industry lost more than three million workers from the start of the pandemic to the third quarter of 2021, based on Tourism Council of Thailand estimates.

“The main challenge is to remain afloat in the third year of the pandemic, with income less than 30% what it was and many service workers gone,” said Suksit. — Bloomberg 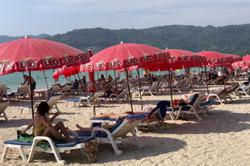