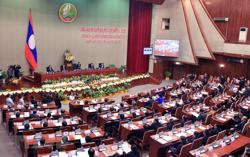 VIENTIANE, July 2: Newly-appointed Governor of the Bank of Laos, Bounleua Sinxayvoravong, addressed the National Assembly about the challenges and difficulties faced by the nation in regard to foreign exchange management, reports Laotian Times.

During the 3rd Ordinary Session of the Ninth National Assembly, Bounleua said that sources of foreign exchange have decreased significantly, with the amount of foreign currency in the country unable to meet demand.

Meanwhile, mismanagement of foreign currency is rife, with large amounts disappearing or failing to enter the system.

Bounleua said that between 2016 to 2020, exports netted the country approximately US$26.44 billion, however, the amount of foreign currency received via the banking system was only US$5.76 billion.

“From the start of 2021 to the first quarter of this year, Laos should have received US$9.81 billion, however, only 32 per cent of this entered the banking system of our country,” he told the National Assembly.

Mining exports should have brought in more than US$2 billion but only US$1.35 billion entered the system, according to the central bank governor.

A similar issue was found with electricity exports, whereby US$2.58 billion should have been received, and less than USD 1 billion could be accounted for.

Speaking of other major problems affecting foreign currency reserves, Bounleua said that management of foreign direct investment (FDI) was also poorly implemented and unsustainable, while the debt-to-equity ratio had increased.

He said that individuals have also been using foreign currencies indiscriminately, particularly in Special Economic Zones and border areas, while unlicensed exchange service providers were also a big problem.

External debt is on the rise, according to Bounleua, with payments in foreign currencies pressuring the country’s limited foreign exchange reserves and affecting the country’s macroeconomic sustainability.

A revised Law on Foreign Exchange Management is in the works, having been proposed during the ongoing National Assembly session. - Laotian Times 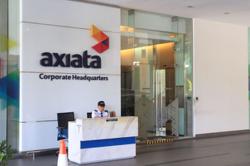