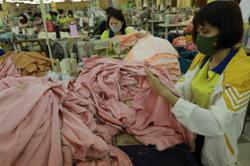 The Vietnamese top legislator highlighted the significance of the signing of the UK – Vietnam Free Trade Agreement (UKVFTA), and the initial positive results brought by the trade deal to economic, trade and investment cooperation between the two countries.

He said economic, trade and investment cooperation between the two countries is still modest, proposing both sides to fully tap cooperation potential and effectively promote commitments in UKVFTA.

The Vietnamese NA will always support and accompany the Government to promote cooperation between the two countries, he said.

The two officials agreed that there remains plenty of room for Vietnam and the UK to expand cooperation, especially economic, trade and investment ties.

Trevelyan expressed her pleasure that the two countries have signed the UKVFTA after Brexit. She thanked NA Chairman Huệ, who is former Deputy Prime Minister, for his support and important contributions to accelerating the negotiation and ratification of this agreement.

According to the UK official, her country is conducting negotiations to join the Comprehensive and Progressive Agreement for Trans-Pacific Partnership (CPTPP) and the results so far have been positive.

The UK is also focusing its trade activities on the Indo-Pacific region, in which Vietnam holds an important position, not only as a bilateral partner but also a member of the CPTPP, she said.

Green and renewable energy is one of the areas that British businesses are very interested in expanding cooperation with Vietnam, she noted, showing her hope that this cooperation will be stronger in the future.

Agreeing with the UK official, Huệ stated that Việt Nam is willing to share its experience in joining the CPTPP with the UK.

The energy cooperation between Vietnam and the UK will be further strengthened in the future, he added.

As part of the trip, Chairman Huệ also met leaders from UK enterprises.

Talking to Prudential Chairwoman Shriti Vadera, the NA leader congratulated the firm on its global success as well as in Vietnam, expressing his hope that it will continue operating successfully in the country and fulfill its social responsibility.

He affirmed that the Vietnamese Government and NA are ready to consider and deal with the problems facing businesses, including those from the UK, when operating in Việt Nam.

Vadera said Prudential is delighted to be part of the country’s development, and it can help with this process by issuing long-term bonds.

The insurer pledged to cooperate with the Vietnamese Government in green investment, insurance technology, and development of HCM City into an international financial centre, she noted, affirming that it will concurrently develop its business and fulfill social responsibility.

At the meeting with Chairman of Standard Chartered Jose Vinals, Huệ thanked the enterprise for helping the Vietnamese Ministry of Finance and Government improve the national credit rating.

Stressing cooperation in finance - banking holds an important role in economic - trade - investment ties between Vietnam and the UK, he asked Standard Chartered to continue assisting Vietnam to develop enterprise credit rating services and the corporate bond market, mobilise capital for green growth to help the country realise commitments on climate change at COP26, and share experience to build HCM City into a financial centre.

Vinals said it is his company’s honour to help Vietnam improve the national credit rating, and that Standard Chartered will keep the cooperation to help the country achieve a credit rating it can and need to obtain in the future.

He noted Standard Chartered pledges to make long-term investment in Vietnam while assisting the country to attract foreign financial investment in a sustainable manner and realise the commitments made at COP26, including providing about US$8.5 billion in green finance and sustainable credit and helping promote the formation of a voluntary carbon market in Vietnam.

At another meeting, President of Pacific Land Patrick McKillen said being present in Vietnam for 30 years, his firm is highly interested in infrastructure development and always invests the revenue earned from its operations in Vietnam back in the country.

He asked authorities in Vietnam to support Pacific Land’s high biotechnology park in Hanoi (HaBiotech), adding that the company vows to use the best technologies for this project so as to build a regional and world-level biotechnology park.

Chairman Huệ said Vietnam is assessed as a successful country for FDI attraction, but it is switching the focus of its strategy to the investors who have financial strength, apply high technology, and pay attention to industrial real estate.

He welcomed the HaBiotech project and added he will directly discuss with Hanoi authorities to remove obstacles to and accelerate this project.

Meeting Chris Cuddihy, Director for UK & International Government Relations at Pearson, the top legislator applauded the group’s recent signing of a cooperation deal with a Vietnamese partner, EMG Education, during his visit.

In the Vietnam - UK strategic partnership, education - training is always one of the highly fruitful cooperation areas. Việt Nam views education – training as a leading priority and wishes to enhance ties in this field with other countries, especially those with developed education like the UK, he noted.

Huệ welcomed Pearson’s activities in Vietnam, voicing his belief that it will effectively work with Vietnamese partners and bring practical benefits to learners.

Cuddihy said Pearson is one of the oldest education groups in the world. Through the strategic partnership with EMG Education, it has made practical and meaningful contributions to Vietnam’s educational development.

Through the freshly signed memorandum, Pearson and EMG Education have continued showing their determination to give learners in Vietnam the most effective and advanced educational solutions, thereby helping the country develop a highly competitive workforce. 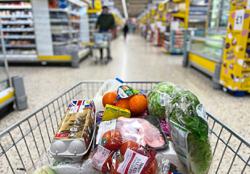