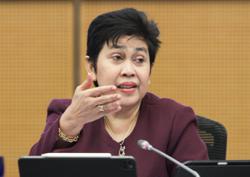 Thailand is betting on a tourism revival to drive growth amid increasing headwinds from surging oil prices and accelerating inflation. - Reuters

BANGKOK (Bloomberg): Foreign tourist arrivals into Thailand are set to beat official forecasts with the lifting of pandemic-era restrictions, a rare positive for the nation’s Covid-battered economy and currency.

International arrivals will total 9.3 million this year, government spokesman Thanakorn Wangboonkongchana said Wednesday, citing a tourism ministry forecast. That’s 55% more than the Bank of Thailand’s estimate of 6 million early this month, and 7 million predicted by the National Economic and Social Development Board.

The forecast for arrivals to triple to 7.2 million in the second-half of the year from an estimated 2.1 million in the first six months drove gains in baht to as much as 0.6% against the dollar, the fourth straight day of advance.

Holidaymakers are returning to Thailand in large numbers as global travel demand rebounds in tandem with a decline in new Covid cases and waiver of quarantine in most tourism destinations. The rush may gain further momentum with the Southeast Asian nation ending a pre-travel registration and insurance requirement from July 1.

South-East Asia’s second-biggest economy is betting on a tourism revival to drive growth amid increasing headwinds from surging oil prices and accelerating inflation. China’s move to reduce quarantine period for inbound travelers also fuels optimism about the return of visitors from Thailand’s largest tourist market before the Covid-19 pandemic.

"China’s travel easing has offered another positive news, but it will take some time for a large number of Chinese visitors to come.”

The cross-border travel relaxations, a weak baht and pent-up demand for travel will continue to bolster Thailand’s tourism outlook, Thanakorn said in a statement. Arrivals are expected to reach 24 million, or around 60% of pre-pandemic levels, by 2024, the World Bank said in a report on Wednesday (June 29).

Before the pandemic, the overall tourism-related sector accounted for about a fifth of Thailand’s economy and jobs, with nearly 40 million overseas visitors in 2019, according to the central bank. Chinese tourists made up almost 30% of that total, according to official data. 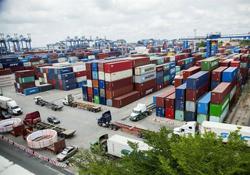