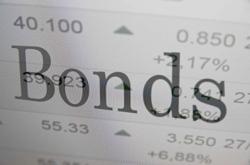 Marcos, 64, the son and namesake of Philippines’ notorious late dictator who ruled for two decades, won the May 9 election in a landslide and will be sworn in tomorrow for a six-year term.

Activists had appealed to the top court to overturn the election commission’s dismissal of their petitions, which sought his disqualification before the ballot on the grounds of decades-old tax violations, which they argued made him ineligible to run.

The court did not immediately respond to a request for confirmation and details of its decision had yet to be published.

The Marcos camp had long dismissed the petitions as efforts by his opponents to hobble his campaign.

The Marcos family’s patriarch ruled for 20 years, during which time he, his family and cronies amassed an estimated US$10bil in ill-gotten wealth, a government commission found.

The Marcos family has denied wrongdoing. They have been the subject of numerous court cases since their return from self-imposed exile in the 1990s having fled a 1986 “people power” revolution that overthrew the last Marcos administration. — Reuters