Stepping up to boost night economy 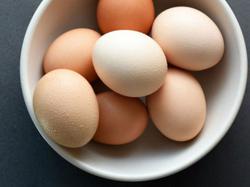 HEFEI: Tens of thousands of people crowded a culture and tourism area close to the Yangtze River in Wuhu, Anhui province, for an outdoor concert on Saturday night.

After the concert ended at 9.30pm, the night seemed to have just begun in Wuhu Old Town Block.“After the free concert, many in the audience went to nearby restaurants and bars to continue enjoying the cheerful night,” said Cheng Pei, executive for activity planning at Huangshan Culture and Tourism, the company that runs the block.

Since late May or early June, with the easing of epidemic prevention and control measures, many local restaurants have extended their opening hours to 2am.

In the neighbouring city of Xuancheng, authorities are considering holding similar activities regularly over the next three months.

Kong Xiaohong, Party chief of Xuancheng, has asked local officials to attach greater importance to consumption to boost the economy.

About 60% of Chinese consumption activities happen at night, while supermarket sales from 6pm to 10pm account for more than half of the day’s revenue, according to the Chinese Cities’ Night Economy Influence Report 2019 by Tencent. — China Daily/ANN