The hefty selling came after more than a week of gains across the world caused by hopes that any signs of contraction could give central banks room to ease up on their pace of monetary tightening.

The fluctuations on trading floors show how tough it has become for investors to find their feet, just as financial policymakers struggle to find a balance between containing prices and maintaining economic growth.

Wednesday's selling came after New York's three main indexes tanked in reaction to data showing confidence among US consumers -- who are a crucial driver of the world's top economy -- had fallen to its lowest level in more than a year.

The mood-sapping reading was partly driven by a feeling inflation would persist, suggesting consumers are not sure the Federal Reserve's aggressive efforts to tame inflation will work.

The news overshadowed a surprise move by China to slash the quarantine period for incoming travellers, raising hopes for further relaxations that can allow the country's giant economy to recover more quickly.

Top Fed officials on Tuesday tried to play down the chances of a recession, with the heads of the Fed in San Francisco and New York saying they were upbeat a soft landing could be achieved.

"I see us tapping on the brakes to slow to a more sustainable pace, rather than slamming on the brakes, going over the handlebars and having the proverbial recession," San Francisco's Mary Daly told an online event hosted by LinkedIn.

"I wouldn't be surprised, and it's actually in my forecast, that growth will slip below two percent, but it won't actually pivot down into negative territory for a long period of time."

But analysts were more sceptical, with Sim Moh Siong at Bank of Singapore saying "low US consumer expectations suggest weaker growth in (the second half of 2022) as well as growing risk of recession by year end".

And Emily Weis, at State Street Corp, said: "The Fed still believes it can thread that very fine line between tightening financial conditions while not hurting the economy too much.

"We're still not sure they're going to be able to pull that off. That's what we've seen reflected in the markets over the last month or so."

Oil prices dipped though remain elevated following a run-up in recent days on expectations that demand will continue to rise -- despite recessionary talk -- and supplies remain tight owing to the ban on imports from Russia.

And while G7 leaders agreed to work on a price cap for Russian oil as part of efforts to cut the Kremlin's revenues, observers warned that will not likely have a massive impact on prices.

"The easing of China's zero-Covid policy helped oil to the third day of gains following a decent correction in recent weeks," said Craig Erlam at OANDA.

"As did reports that the UAE and Saudi Arabia are producing near capacity, in stark contrast to claims that both are holding back and could do more."

He added that OPEC and other major producers were 2.7 million barrels per day below target in May, "taking the total shortfall under the agreement to more than half a billion".

"Even sanctions being lifted on Iran and Venezuela can't do much against that backdrop. It may well take a recession to return oil prices to sustainable levels any time soon," he warned. 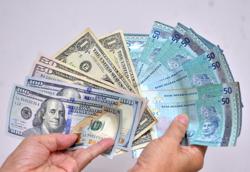