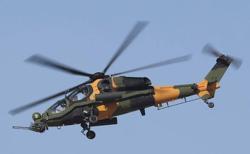 MANILA, June 28 (Xinhua): The Philippines has eased the restrictions on foreign ownership in key sectors such as telecommunications and transport, Socio-economic Planning Secretary Karl Kendrick Chua said on Tuesday.

The revised list is aligned with the several acts recently passed for promoting foreign investment and "is also consistent with the policy to ease restrictions on foreign participation," Chua said.