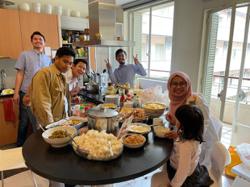 FILE PHOTO: Trucks with palm oil fresh fruit bunches queue for unloading at a factory in West Aceh, Indonesia, May 17, 2022, in this photo taken by Antara Foto. - Reuters

Since lifting the ban, palm oil companies have been required to sell part of their output to the local market - a so-called Domestic Market Obligation (DMO) - in return for export permits for volumes five times the portion sold locally.

New rules are being drafted so that companies can choose to sell unbranded cooking oil in packaging at the same price as that of bulk cooking oil, to make logistics smoother, senior trade ministry official Oke Nurwan told a news conference, without specifying a time frame.

To cover the packaging cost, companies would get a bigger ratio for their export quotas, said Rachmat Kaimuddin, senior official at the coordinating ministry of maritime and investment.

"We will compensate by giving a higher export multiplication factor," Kaimuddin said, without giving a timeline.

After the ban was lifted, Indonesia cut export taxes and launched a scheme to accelerate shipments, which triggered a fall of more than 20% in the benchmark palm oil future prices in the past month.

The pace of exports resumption has been slow, however, with permits for 1.89 million tonnes of palm oil exports issued since the ban's lifting on May 23.

Palm oil farmers have urged the government to scrap DMO rules to support exports, arguing some mills have shut operations due to high inventory.

Nurwan said there was no plan to remove the DMO until bulk cooking oil prices reach the government's target price, which was set at 14,000 rupiah ($0.9437) a litre.

Prices have declined steadily and the government said it is using an application to track local sales and prevent hoarding. ($1 = 14,835.0000 rupiah) (Reporting by Bernadette Christina Munthe; Writing by Gayatri Suroyo; Editing by Martin Petty) 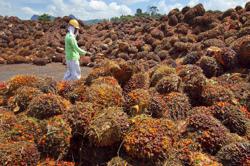