Shares rallied last week as the prospect of a contraction saw traders lower their bets on how long finance chiefs will tighten monetary policy, with some commentators eyeing possible cuts at the back end of 2023.

But the global advance fizzled Monday in New York, and on Tuesday, Asian investors ran out of puff.

Meanwhile, analysts said there was a worry on trading floors that the upcoming earnings season could see a lot of firms lower their forecasts for the year ahead.

"There is a clear lack of conviction by investors, with light trading volumes favouring the notion of an exhausted market with big declines set to be recorded this quarter, notwithstanding the outsized gains logged last week," said National Australia Bank's Rodrigo Catril.

Hong Kong was among the big losers, with tech firms reversing the previous day's surge, while there were also losses in Shanghai, Tokyo, Seoul, Singapore, Taipei, Jakarta and Wellington.

Sydney and Manila bucked the trend.

Another pledge by the central People's Bank of China to provide support to the world's number two economy had little impact on sentiment.

Still, some commentators remain relatively upbeat as the second half of the year approaches.

And Ben Laidler, a global markets strategist at eToro, added that a lot of the expected economic weakness had been largely factored in by dealers.

"Much is already discounted by markets, which may be in 'bad news is good news' mode, as a slowdown cools inflation and interest rate fears," he said.

"A 'less bad' gradual easing of inflation risks is possible, as is a slowdown -- not recession -- driving a 'U-shaped' rebound. The focus for investors is on cheap and defensive assets while managing rising risks."

Oil prices jumped, building on a rally that has seen Brent and WTI pile on more than eight per cent since Wednesday. Both main contracts had fallen heavily earlier in the month on recession worries.

The gains have come on the back of a pick-up in demand from China as it gradually emerges from lockdowns, while supply fears have been raised by political crises in producers Libya and Ecuador. 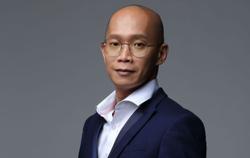 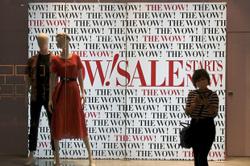 Hospital manager, doctor accused of stealing more than HK$1,600 worth of food from Hong Kong supermarket
Singapore narrows 2022 GDP growth forecast to 3-4 per cent, says trade and industry ministry
Almost all Indonesians have antibodies against Covid-19, blood survey shows
Thailand: Chinese gambling kingpin, on the run from cops since 2012, taken into custody in Bangkok
Declining children's population pushes up median age in Philippines
UK police identify Vietnamese man as one of mill fire victims
UN rights chief in Bangladesh and to visit Myanmar Rohingya camps
Cambodia warns of rainwater flooding in some provinces next week
Laos' trade deficit reaches US$114 million in July
Malaysia a popular and safe destination for further studies, says education expert at education fair in Brunei