HANOI, June 26 (Reuters): The State Bank of Vietnam (SBV) has announced this week that it will increase the frequency of foreign exchange sales to be ready to supply foreign currencies to the market more often amid bearish global market conditions.

The dollar/Vietnamese dong exchange rate has risen 2% from the beginning of this year, in contrast to the downward trend witnessed last year, the SBV said in a statement.

"The SBV will manage exchange rate in a way that creates room for the rate to move flexibly and absorb external shocks, at the same time it will intervene in the foreign exchange market to limit excessive fluctuations of the exchange rate," it said.

The central bank said it managed to buy large amounts of foreign currencies and increase its reserves thanks to favourable financial conditions in recent years.

As of March this year, Vietnam's foreign reserves had reached a record of $110 billion, official data showed.

The SBV did not state how much it had sold to the market.

Currency intervention is a sensitive issue for Vietnam. In the latest semi-annual report published by the U.S. Treasury Department last week, Vietnam also continued to exceed some thresholds for possible currency manipulation. - Reuters 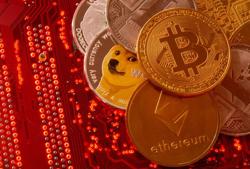