BANGKOK, June 25 (The Nation Thailand/ANN): The League of Islamic Council of Southern Thailand issued a statement to the media opposing the Cannabis and Hemp Act, the Liquor Bill and the Marriage Equality Bill.

Representatives of the Islamic councils in Pattani, Yala, Narathiwat, Songkhla and Satun met in Pattani on Thursday to discuss the three laws and decide on their standpoint.

The council said practising Muslims cannot follow these laws as they go against Islam’s principles.

Waedueramae Mamingji, the council’s chairman, said the matter has been widely discussed on social media and may cause some misunderstandings among Muslims, hence the council needs to take this step to clarify points.

“Our organisation is the pillar for citizens. We must reveal our standpoint to society clearly. According to the Sheikhul Islam Office’s Fatwa, we will not support these laws because they are haram [forbidden] in Islam,” Waedueramae said.

The new acts legalise the use and cultivation of cannabis and hemp, liberalisation of the liquor industry and same-sex marriage.

Drugs, alcohol, sex before marriage and homosexuality are all taboo in Islam.

Anantachai Thaiprathan, a medical academic who is also a practising Muslim, said cannabis is being allowed to use for medical purposes, but it cannot actually treat any diseases.

He also pointed out that only two states in the US allow the use of cannabis for recreation, while the World Health Organisation views it as dangerous, and specifies that it must only be used for medical purposes and research.

Hence, he said, he was against the legalisation of cannabis and hemp because it will end up damaging the youth. -- The Nation Thailand/ANN 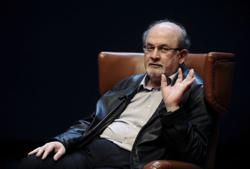