PHNOM PENH, June 25 (Phnom Penh Post/ANN): A Korean company is keen to work with the agriculture ministry to train Cambodian students at agriculture-based universities and institutes nationwide, and other stakeholders, on animal production and health.

Orient Cam Co Ltd announced its intent on June 23 at a meeting between Minister of Agriculture, Forestry and Fisheries Veng Sakhon and its CEO, Chang Jae-jin.

He told Sakhon that in South Korea, renown agricultural universities have taken it upon themselves to publicise methods and techniques aimed at animal raisers and officials, to supplement emerging technical skills in the field, as well as train them. Chang indicated that the company aspires to introduce this model to the Kingdom.

Chang also invited the minister and interested colleagues to visit the Orient Cam’s premises in the near future to better understand the company’s background, capabilities, potential and innovation character, and learn more.

The minister welcomed the proposal and said he looked forward to working with the firm in a wide range of areas to ensure the collaboration’s success, in the interest of offering students, officials and raisers the chance to receive additional training on animal husbandry techniques.

Highlighting the persistent lack of technical and practical labour and animal production research, Sakhon voiced hope that the partnership would work well, and hence allow participants to develop themselves as well as the Cambodian animal production and health landscape.

He also asked Orient Cam to look into training General Directorate of Animal Health and Production on the development of animal vaccines, citing its currently limited capacity. - Phnom Penh Post/ANN 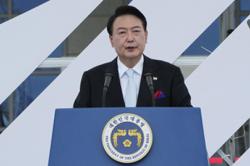