BANDAR SERI BEGAWAN (Borneo Bulletin/Asia News Network): The Magistrate’s Court has fixed July 13 to hand down sentence to a 65-year-old Korean man who molested a 45-year-old female worker at a golf club, where he is a member.

The defendant, whose identity is withheld to avoid identification of the victim, yesterday pleaded guilty to the charge.

Defence counsel Pengiran Shahyzul Pengiran Abdul Rahman who represents the defendant, sought for the court’s leniency on deciding the punishment.

In the meantime, Magistrate Harnita Zelda Skinner is considering a fitting punishment.

On July 24, 2019 at 4.30pm, the defendant was at the golf club when he entered the bar counter area where the victim was seated behind on a stool.

She acknowledged the defendant’s presence and stood up to reach for her personal belongings. While bending down, the defendant went around the counter and molested her.

The victim was appalled, scolded the defendant and pointed to the CCTV camera.

The defendant saw that communication was ineffective and left the area for the golf course.

The victim informed the management which led to a police report, and the defendant surrendered himself. 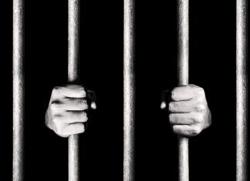