Unlicensed miners work in a tin mining area in Toboali, on the southern shores of the island of Bangka, Indonesia, April 29, 2021. - Reuters

JAKARTA (The Jakarta Post/Asia News Network): The government plans to raise the royalty on tin in a bid to gain more revenue amid surging commodity price, the Energy and Mineral Resources Ministry said on Tuesday (June 21).

In doing so, the government will replace the previous flat royalty of 3 per cent of the selling price – based on Government Regulation No. 81/2019 – with a progressive rate that increases with higher prices obtained by producers.

“We are discussing this, running price simulations so that our country can acquire more revenue,” Ridwan Djamaluddin, the ministry’s coal and mineral resources director general, told lawmakers in a hearing with House of Representatives Commission VII, which oversees energy, mining, industry and research.

“Businesses will see lower revenue, but the drop will not be too significant. We will find the middle ground for stakeholders."

The price of tin skyrocketed during the Covid-19 pandemic as supplies were unable to keep up with rapidly rising demand. It hit an all-time high of US$49,500 per tonne March 5, before cooling down to $30,800 per tonnen Tuesday.

Indonesia is a major tin-producer and holds the world’s third-largest tin reserves, after China and Russia, International Tin Association data from 2019 shows.

At the same hearing, Ridwan said the government was looking to ban tin ingot exports this year, in line with President Joko Widodo’s long-term push to reduce raw mineral exports and instead develop the country’s downstream capacity to process such materials.

Ridwan did not reveal any date for when an export ban would kick in. The plan goes beyond an export ban introduced in 2002 that applies to tin ore. Since then, producers, including state-owned TIMAH, exported the commodity in a slightly refined state in the form of ingot.

Ridwan noted that most of the country’s tin ingot output was exported, leaving little for domestic industries. In 2021 alone, Indonesia produced more than 34,610 tonneof tin ingot, with more than 28,250 tonnebeing exported. This year, the production target was doubled.

“If we finally ban exports in the form of ingot, then we will have to prepare the downstream industries at a massive scale,” Ridwan said.

He said the government was preparing for this by inviting more investors to build up the downstream industry, which would absorb the excess tin ingot following the export ban. This would also apply to monazite and other rare earth commodities that have been stockpiled and left unrefined as the government was studying the potential with producers and academics.

The House Commission VII has indicated its backing for raising the tin royalty but asked the government to reconsider banning tin ingot exports.

TIMAH CEO Achmad Ardianto told reporters on Tuesday the company would support both the royalty hike and ingot export ban, despite knowing it would affect the company’s financial performance.

“We believe the government will pay attention to that [effect on company’s performance]. We trust the government,” Achmad said after the meeting with House Commission VII. He added that the company had been investing in downstream processing of ingot and would increase its capabilities in this area in anticipation of the ban. 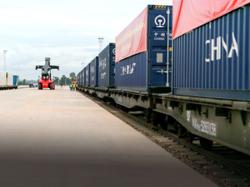