A bar worker takes a break while preparing before their business in Tokyo. Japan's Covid-19 deaths per capita is 246 per million people, the lowest out of the 38 members of the OECD. - Reuters

TOKYO, June 18 (Bloomberg): Japan’s Covid-19 death rate is the lowest among the world’s wealthiest nations, with health experts pointing to continued mask wearing, extensive vaccination and an already healthy population as the core factors behind its success.

The population has continued to adhere to basic infection control measures, including avoiding crowds and poorly ventilated venues, as other parts of the world grapple with pandemic fatigue. And Japan’s measures have been bolstered by a robust vaccination program and free medical care.

But what truly sets it apart from many places, particularly Asian neighbours like China, is it’s managed to limit deaths without mandates and with few restrictions. The constitution prevents imposing lockdowns backed by police actions, meaning that even during a state of emergency the government puts the onus on businesses and individuals to change their behavior.

That soft approach has had remarkable results. Japan’s Covid deaths per capita is 246 per million people, the lowest out of the 38 members of the OECD, according to Our World in Data.

It’s all the more significant given Japan has the highest proportion of elderly people -- typically some of the most vulnerable to coronavirus -- in the world. New Zealand’s rate, previously the lowest, sits at 257 per million after the country faced its first substantial virus wave upon opening up and lifting curbs.

To be sure, capturing an accurate picture is difficult as reporting standards differ country-by-country. The World Health Organization has said Japan’s excess deaths declined through 2020 and 2021, while a study published in Lancet in March said excess mortality in the country was six times higher than reported coronavirus fatalities during 2020-2021.

There were around 9,000 fewer deaths in 2020 than in 2019, although that rebounded last year, government figures show.

While every nation has its own standard for identifying Covid deaths and different testing policies that can make comparisons difficult, Japan’s low rate of fatalities shows its strategy works, said Takao Ohmagari, head of the disease control and prevention center at the National Center for Global Health and Medicine, and an adviser to the Tokyo government.

Japan’s measures may hold lessons for how other countries can deal with the current or future pandemics. Here’s what experts say the country got right: 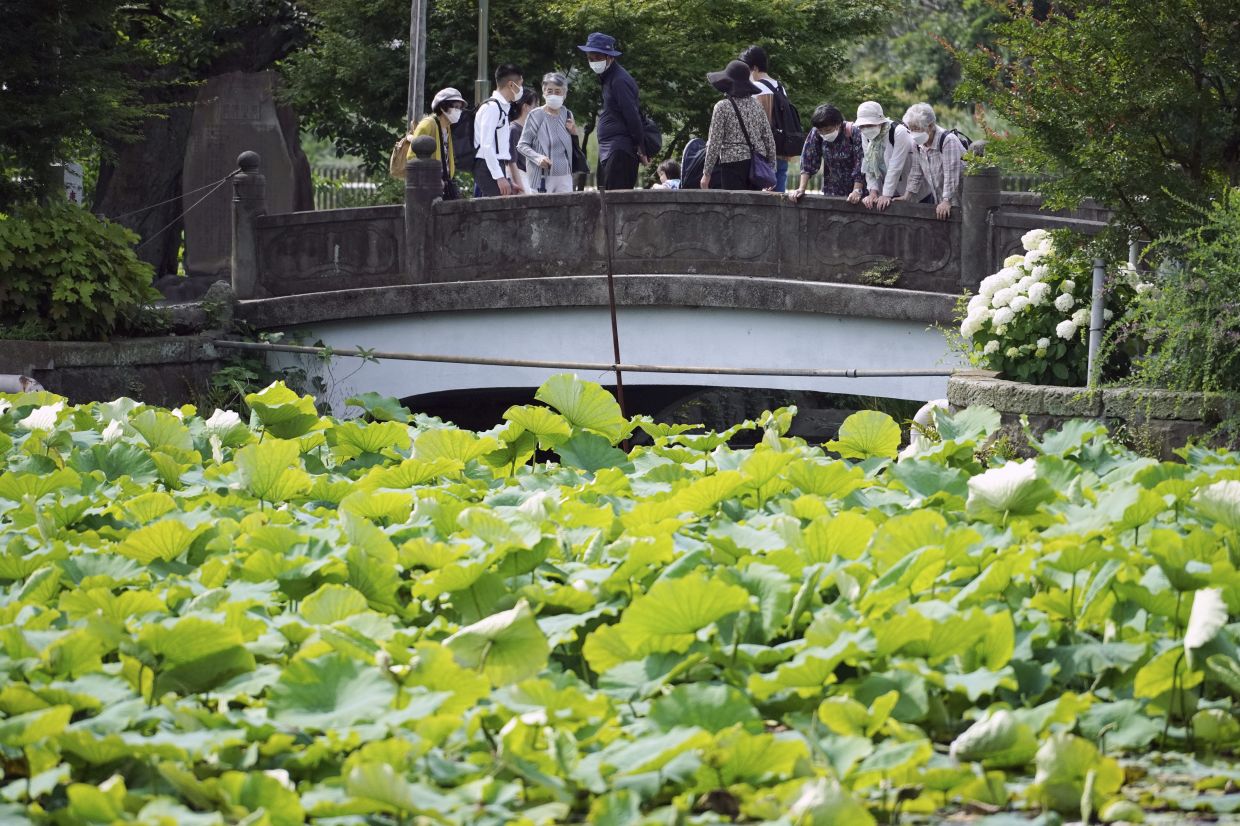 Visitors wearing protective masks to help curb the spread of the coronavirus walk on a stone bridge over a pond at Ueno Park Monday, June 13, 2022, in Tokyo. - AP

Japan’s virus-fighting strategy relied on the population complying willingly with social-distancing guidance, particularly when cases were rising. This proved more effective than top-down measures in other places, which in some cases made people resistant and defiant.

"People are using their own judgment to avoid risk and modify their behavior and this plays an extremely important role,” said Ohmagari.

That includes wearing masks, which was embraced during the early days of the pandemic and remains almost universal even as the government relaxed its recommendation to wear one outdoors. Mask use in Japan has typically held above 90%, a threshold other G-7 countries have only occasionally neared, according to Institute for Health Metrics and Evaluation data.

The government’s "Three Cs” slogan -- which touts avoiding closed spaces, crowded places and close-contact situations -- has also reinforced how they want the population to act. In addition, buildings to taxis have undertaken efforts to improve ventilation, including the use of carbon-dioxide monitors to show that indoor air is being exchanged.

The relatively light nature of restrictions also meant that Japan didn’t face the extensive disruption to daily life of a harsh lockdown, deployed in countries from Italy to China and New Zealand at various times. That may have helped people comply with restrictions for longer and saw the nation avert the kind of social unrest seen overseas.

And even as other populations have rushed back to life as normal, Japanese people appear to remain cautious: activities in Tokyo’s night-time entertainment district is still down almost 40% from 2019, according to one estimate.

Before the pandemic, Japanese people had one of the lowest rates of vaccine confidence globally. But they’re now among the best-protected populations in the G-7, swiftly catching up to countries like the US that had started their inoculation programs months earlier, and doing it without a mandate.

Experts have pointed to the initial slow roll out of vaccinations and an early shortage as creating a sense of urgency, especially among the elderly, while the act of inoculation wasn’t politicized like it was in the US.

About 93% of Japanese aged 65 and older have had two shots, and 90% have had a booster, according to data from the Prime Minister’s office. That compares with 81% of the total population having had two doses, and 61% receiving a third.

"Thanks to the protection Japanese people gained through vaccination and natural infection, I don’t expect Japan’s hospitalization or deaths to increase dramatically any time soon,” said Kenji Shibuya, an epidemiologist at the Tokyo Foundation for Policy Research. 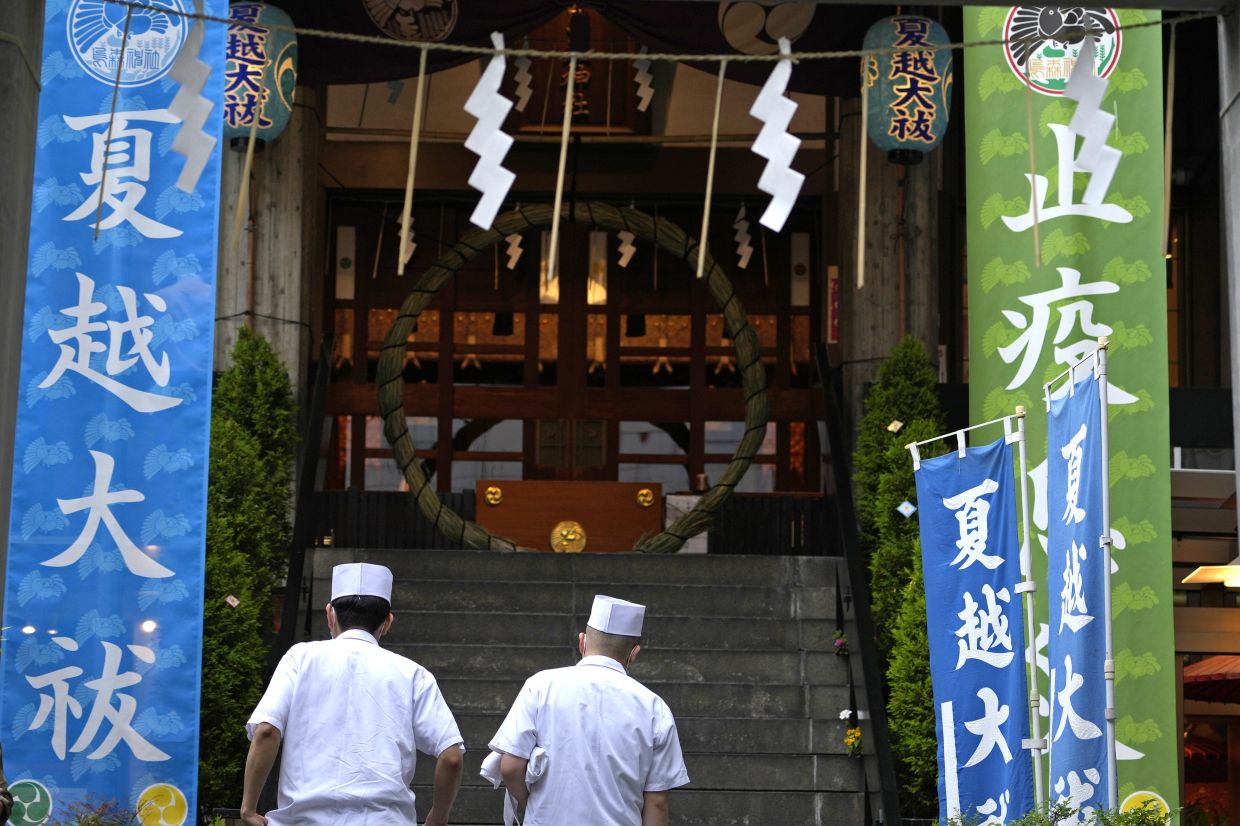 A core pillar supporting the low death rate was the underlying good health of Japan’s population. The country has the longest life expectancy in the world, and was one of only six OECD members not to see a reduction in 2020. Just 5% of Japanese people are obese, one of the conditions that increases the risk of severe illness from Covid, versus 36% of the population in the U.S. and 28% in the UK, according to the World Obesity Federation.

Widely adopted actions like mask wearing and hand washing also wiped out other illnesses like influenza, which typically killed more than 10,000 Japanese people per year.

The country’s deaths were almost entirely in over-60s, indicating a solid baseline of health for middle aged and younger cohorts. That contrasts with a wider distribution of fatalities in the US, where about a quarter of deaths were in people younger than 65, according to government figures.

Like most of the world, Japan’s health-care system has been strained during surges of infections. But it’s managed to maintain a strong level of contact tracing during the pandemic that means resources can be sent where they’re needed, for free.

A web of local public health centers trace cases, and find positive patients a hospital or hotel room which are free of charge. Those isolating at home are constantly contacted by the health center staff, who send out nurses and doctors if needed.

"We know that early intervention saves more lives,” said Ohmagari. "Although I feel there’s more we can do, Japan’s system tries to not leave anyone behind, monitors patients thoroughly and intervenes early.” - Bloomberg