China’s top diplomat in Hong Kong has warned that the rule of law around the world is under siege from “countries that claim to promote democracy”, but insisted the city will shine again with the support of the central government.

Liu Guangyuan, commissioner of China’s foreign ministry office in Hong Kong, said on Thursday the rule of law was a core value cherished by the city, and Beijing had enacted legislation to ensure law-based governance in the country.

“The rule of law safeguards international justice. Peaceful coexistence among countries needs a framework of rules, but in today’s world, the international rule of law faces severe challenges,” Liu said in his speech at the Vision 2030 for Rule of Law International Symposium, co-organised by Hong Kong’s justice department. 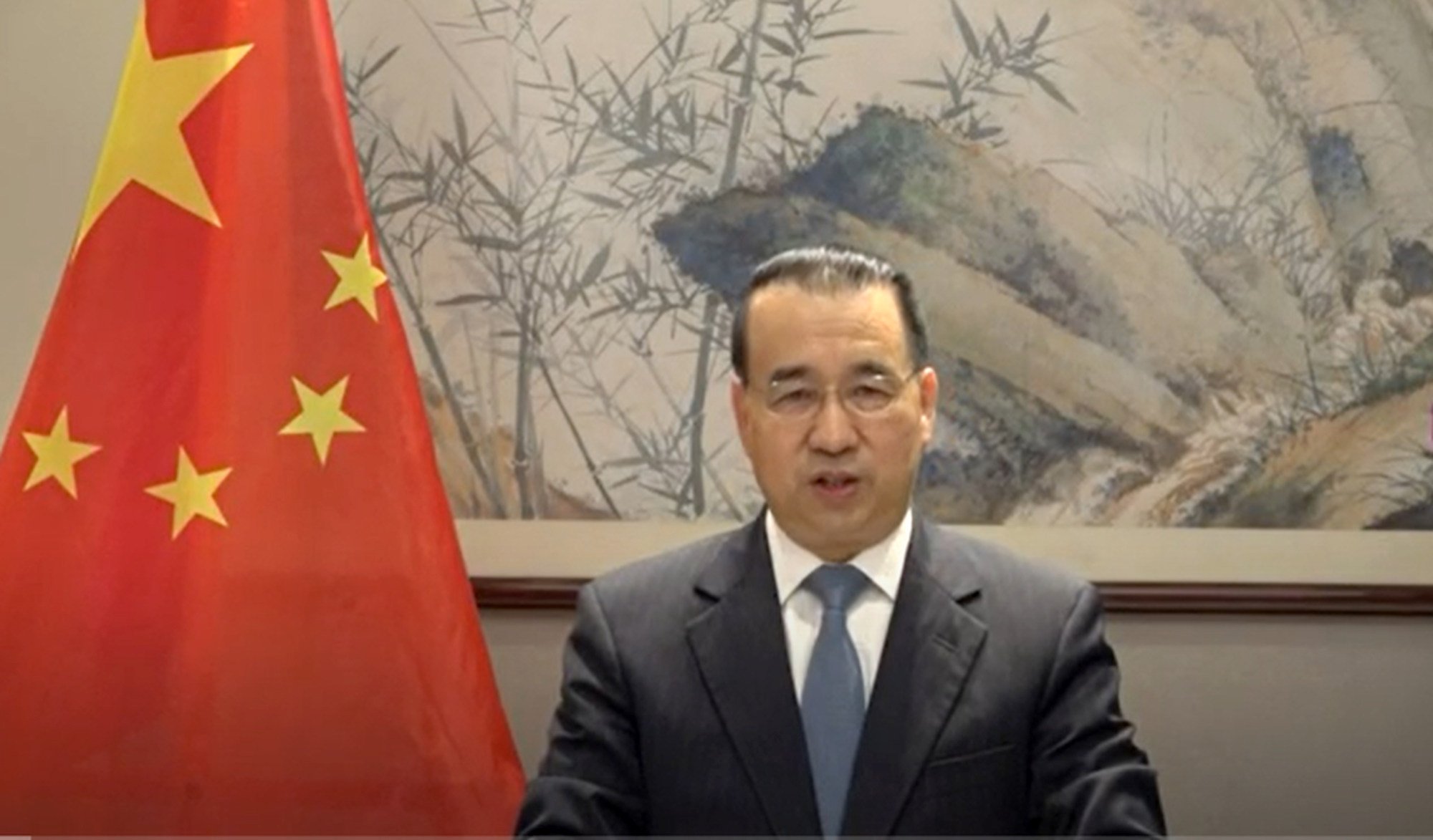 Without citing names, he said: “Some countries seek hegemony in the name of protecting rules. For example, they claim to maintain the rules-based international order, but in fact, apply or discard international law selectively, and impose laws of their own or of their alliances upon others.

“Some countries pursue unilateralism in the name of multilateralism. For example, they claim to champion multilateralism, but in fact, walk away from international agreements and organisations, impose unilateral sanctions without basis ... and exert extreme pressure against others,” he added.

Liu also said some countries had engaged in “anti-democracy activities in the name of democracy”.

“For example, they claim to promote democracy, but in fact put together a false-flag democracy summit, build exclusive blocs to isolate others and incite confrontation based on ideological differences and hype up the absurd narrative of democracy versus authoritarianism,” he added.

Liu did not name the United States. But in an article last December, he accused the US of “weaponising democracy by organising two so-called summits for democracy”.

Earlier this month, the foreign ministry office also issued a scathing paper to denounce the US-backed National Endowment for Democracy (NED) for funding the city’s social unrest in 2019 and acting as a “second Central Intelligence Agency”.

In a meeting with Chief Executive-elect John Lee Ka-chiu on May 9, Liu said his office would work with the new administration in the “unyielding struggle against all external intervening forces”.

Liu said on Thursday that the rule of law was an engine for the successful implementation of the “one country, two systems” governing principle over Hong Kong, and key to maintaining the city’s stability, improving its governance and enhancing its competitiveness.

He added that to defend the rule of law, one must safeguard the Chinese constitutional order and the Basic Law, the city’s mini-constitution.

Liu also lauded Hong Kong, saying it had transformed from chaos to “stability and sound governance” since the imposition of the national security law two years ago.

The commissioner said that in the past, anti-China destabilising forces had disrupted Hongkongers’ way of life, public order and the rule of law in the city. But the security legislation had turned things around, he added.

“For Hong Kong, its future is always closely linked to the motherland, and the most solid foundation for its own development is always national development,” he said.

“We firmly believe that with the strong backing of the motherland, the unique advantages of ‘one country, two systems’, the joint efforts of people from all walks of life in Hong Kong, the ‘Pearl of the Orient’, a city that has gone through wind and rain, will shine brighter in its integration into national development and national rejuvenation.”

At the same event, outgoing Hong Kong leader Carrie Lam Cheng Yuet-ngor described the rule of law as a cornerstone of the city’s success and a core value supporting economic growth.

“Hong Kong boasts an independent judiciary and fundamental rights and freedoms fully protected under the Basic Law. That is why Hong Kong is often the preferred choice for multinational cooperation when it comes to legal and dispute resolution services,” she said.

Lam added that Hong Kong had ranked 19th globally in the Rule of Law Index 2021 by the World Justice Project, and fifth in the East Asia and Pacific Region. In the World Bank’s Worldwide Governance Indicators, Hong Kong’s rule-of-law index also improved from 69.85 before it was returned from British rule in 1997, to more than 90 since 2003.

She said as Hong Kong celebrated the coming 25th anniversary of the 1997 handover, the local government would continue to ensure the city’s rule of law and legal system remained a model for the region.