Climate risks could cut profits at HSBC, Standard Chartered and other banks by 15 per cent, Bank of England says

HSBC, Standard Chartered and other British-based banks and insurers could see their annual profits fall by 10 per cent to 15 per cent if they fail to address climate risks in a timely fashion, according to a stress test conducted by the Bank of England.

The British banking industry could suffer about £225 billion (US$281 billion) in credit losses by 2050 if the move to a net-zero economy – one that cuts greenhouse gas emissions to close to nothing – is delayed by a decade, the central bank found in its first stress test examining the financial risks of climate change.

Insurers also could see their total market value shrink by 15 per cent under the bank’s worst-case scenario.

“These are big numbers, and the limits of the exercise mean the actual impact could well be larger,” said Sam Woods, the head of the central bank’s Prudential Regulation Authority, in a speech coinciding with the release of the stress test results on Tuesday. “But it bears repeating that based on this exercise, the costs of a transition to net zero look absorbable for banks and insurers, without a worrying direct impact on their solvency.”

“By themselves, these are not the kinds of losses that would make me question the stability of the system, and they suggest that the financial sector has the capacity to support the economy through the transition,” he added.

Hong Kong is the largest market for HSBC and Standard Chartered, which are based in London with the Bank of England as their chief regulator.

The stress test used three scenarios to examine the physical risks of rising global temperatures, as well as the transitional risks from significant structural changes in the economy needed to achieve decarbonisation.

The regulator tested the end of 2020 balance sheets of 19 British-based lenders and insurers against these scenarios. The exercise will not be used to set capital requirements for climate risk, but could help inform future decisions, the bank said. 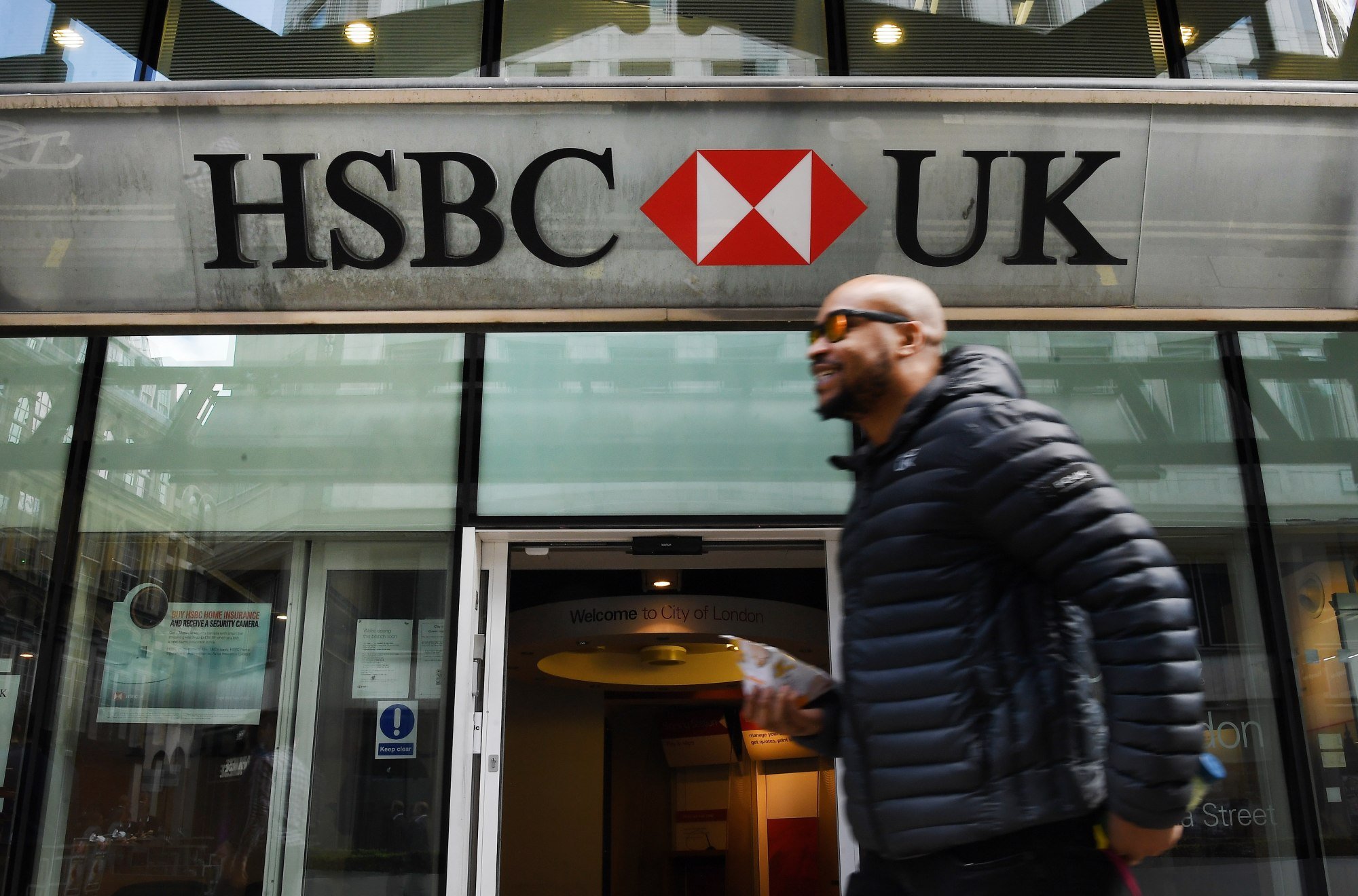 Both HSBC and Standard Chartered have pledged to achieve net zero carbon emissions in their loan portfolios by 2050 – the global goal to reach net zero under the 2015 Paris Agreement signed by more than 200 countries.

The test results came less than a week after Stuart Kirk, the global head of responsible investing at HSBC Asset Management, accused central bankers of trying to “out-hyperbole” each other on the financial risks of climate change and that the associated risks could be managed.

“After 25 years in the finance industry, there’s always some nut job telling me about the end of the world,” Kirk said at the Financial Times’s Moral Money Summit last week.

In a social media post over the weekend, HSBC chief executive Noel Quinn called Kirk’s comments “inconsistent” with the bank’s strategy and the views of the lender’s senior leaders. Kirk has reportedly been suspended pending an internal inquiry.