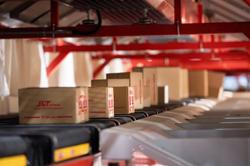 Foreign capital has been poured into 18 out of 21 economic sectors in Vietnam. - Vietnam News/ANN

HANOI, May 28 (The Straits Times/ANN): Up to US$7.71 billion worth of foreign direct investment (FDI) was disbursed in the first five months of this year, up 7.8 per cent from the same period in 2021, according to the Ministry of Planning and Investment.

The accumulative value of share purchase by foreign investors also rose 51.6 per cent to US$1.98 billion.

Foreign capital has been poured into 18 out of 21 economic sectors, with processing and manufacturing making up the lion share, US$6.8 billion or 58.2 per cent of the total investment, followed by real estate, information-communications, and science-technology.

Among the 79 countries and territories investing in Vietnam in the reviewed period, Singapore took the lead with nearly US$3 billion, followed by the Republic of Korea (RoK), US$2.06 billion, and Denmark, some US$1.32 billion.

The southern province of Binh Duong, the northern province of Bac Ninh and Ho Chi Minh City attracted the most foreign investments, with more than US$2.52 billion, nearly US$1.65 billion and over US$1.3 billion, respectively. - Vietnam News/ANN 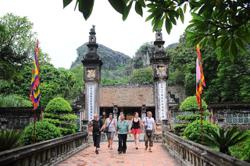