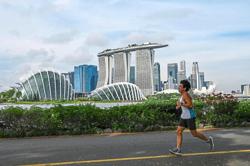 TOKYO (The Straits Times/Asia News Network): Japanese Prime Minister Fumio Kishida and his visiting Singaporean counterpart Lee Hsien Loong pledged to work together to preserve regional peace and stability at their summit on Thursday (May 26).

Lee, noting that ties with Japan form one of Singapore's most important bilateral relationships in Asia, said at the outset of their talks: "At a time of shifting strategic balance in Asia and major troubles in the world, especially in Ukraine recently, it is especially important for us to work together with each other bilaterally as well as in regional and international fora."

Kishida said Singapore is a key partner with which "to maintain and strengthen a free and open international order based on the rule of law".

"While firmly opposing any actions that threaten our shared principles, I look forward to working hand in hand with Singapore to bring about a free and open Indo-Pacific," he added.

A statement by Singapore's Ministry of Foreign Affairs said Lee informed Kishida of the Republic's decision to participate in the World Expo, which will take place in Osaka in 2025.

Thursday was Lee's third day of a four-day working visit to Japan. Earlier, he spoke at the Future of Asia conference and had lunch with Japanese business representatives.

At their meeting on Thursday night, the two leaders announced a Japan-Singapore Economic Dialogue, to be chaired at the vice-ministerial or permanent secretary level, so as to enhance bilateral economic ties.

Japan was Singapore's eighth largest trading partner last year, while they were each other's top Asian investor as at end-2020.

The leaders then witnessed the exchange of two agreements.

The first, on digital government transformation between Singapore's GovTech and the Japan Digital Agency, will focus on the exchange of know-how in areas such as digital identity, artificial intelligence and the cloud.

In line with their portfolios, Dr Janil Puthucheary, Singapore’s Senior Minister of State for Communications and Information and Minister-in-charge of GovTech, and Dr Karen Makishima, Japan’s Digital Minister, used tablets instead of the traditional document folder.

The second pact, between Enterprise Singapore (EnterpriseSG) and the Japan External Trade Organisation (Jetro), will facilitate greater access for start-ups in digital and green transformation.

"In doing so, our enterprises can seize emerging opportunities in the digital and green economy and compete on a global scale," he said.

Singapore start-ups like Swat Mobility, a transport-on-demand service, and Crust Group, which upcycles edible bread leftovers into craft beer, have benefited from existing cooperation between EnterpriseSG and Jetro, which helped open doors with potential partners.

Swat Mobility took part in a trial in Kitakyushu city in south-western Japan in late 2021, in which it analysed the usage data of public buses in the city and proposed revisions to schedules.

It found that the bus operator could slash travel routes from 40 to just 10, which in turn reduced operational costs and carbon footprint, while increasing bus usage rates of up to 30 per cent.

Swat Mobility has since entered a long-term contract with Kitakyushu, and is exploring other opportunities, including with the Tokyo Metropolitan Government.

"We are committed to continue pioneering the food upcycling movement in Japan, and have big plans to... help more companies minimise their food waste," said Crust Group founder Travin Singh.