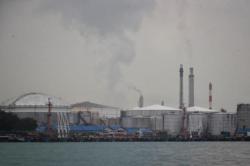 SINGAPORE (The Straits Times/Asia News Network): Three surveyors who accepted bribes to cover up the unauthorised transfer of marine gas to vessels that were supplied to oil giant Shell were each jailed between four and eight months on Thursday (May 26).

Another surveyor who appeared in court, Erwin Suhardi Jamaluddin, 38, is accused of receiving US$10,000 in bribes. He will return to court in July.

They were among 12 surveyors who were charged on April 14 for allegedly accepting bribes from Shell employees Juandi Pungot, Muzaffar Ali Khan Muhamad Akram and Richard Goh Chee Keong.

The misappropriation of gas oil began as early as 2007, when Juandi - one of the key masterminds in the heist - profited off siphoned gas that was sold at lower prices.

The syndicate used bribes and various methods to evade detection for years, leveraging their combined knowledge of Shell's internal systems.

On March 31, Juandi was jailed for 29 years for his role in masterminding the misappropriation of more than 200,000 tonnes of gas oil worth $128 million.

This is one of the longest prison sentences for a commercial crime.

At least 26 people have been hauled to court over this conspiracy, which was first noticed by Shell in 2015 when it observed significant unidentified oil loss at Pulau Bukom.

The maximum penalty for a corruption offence is a $100,000 fine and five years in jail. 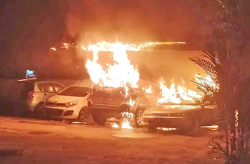