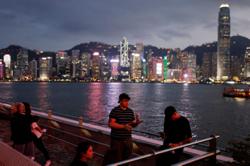 SHANGHAI (Bloomberg): Shanghai will reopen some schools after a three-month shutdown as infections ebb, while attention shifts to a simmering outbreak in Beijing that underscores the relentless strain of the country’s adherence to Covid Zero.

Shanghai will allow some high school classes to resume in-person from June 6 and June 13, depending on the grade, while all other students will continue online learning until the end of the semester, Yang Zhenfeng, an official with Shanghai Municipal Education Commission, said Thursday (May 26). It’s the first time students will be back in schools since March 12.

The resumption is a clear signal that the financial hub’s emergence from a punishing lockdown that stretched for almost two months is gathering pace.

Authorities have been unwinding the toughest curbs for the city’s 25 million residents, though progress has been slow and some communities have complained their local neighborhood committees are still limiting their movements.

The city reported 338 new cases on Wednesday, down from 387 on Tuesday. No infections were found outside of government-run quarantine. China isolates all Covid cases and their close contacts as a way of stemming transmission.

While Shanghai’s outbreak eases, focus is now firmly on Beijing where persistent infections underscore the challenges of achieving Covid Zero. Premier Li Keqiang on Wednesday said China’s economy is in some respects faring worse than in 2020 when the pandemic first emerged, and urged efforts to reduce a soaring unemployment rate.

Beijing reported 45 new cases for Wednesday, compared with 47 on Tuesday. While its daily numbers are still low, the city is still finding a small number of infections in the community -- a key metric used by government officials to determine the severity of the outbreak and whether to ease restrictions. Shanghai began unraveling its lockdown after reporting consecutive days of zero cases in the community.

Beijing’s education commission on Wednesday said in-person school classes will remain suspended due to the outbreak. Middle and elementary school students in the capital will continue to have learn from home, a spokesman for the city’s education commission said. College and university students will be allowed to return to their home towns.

Meanwhile, Beijing’s health chief Yu Luming, who was under investigation for suspected legal and disciplinary violations, has been removed from his post, the Beijing Daily reported. His ouster comes after Beijing punished a dozen officials over two Covid-19 clusters. 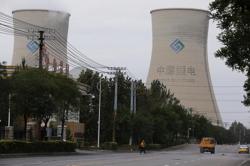 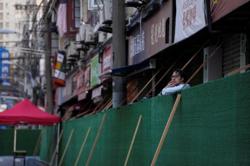