DAVOS (Bloomberg): Malaysia’s economy is growing strongly thanks to the rise in commodity prices and central bankers "still have room” to tighten monetary policy to tackle accelerating inflation if needed, according to Finance Minister Zafrul Aziz (pic).

The economy gained speed in the first quarter of this year, as the country dropped most virus restrictions. That allowed the central bank room to raise borrowing costs this month to preemptively fight inflation, even though consumer prices are gaining at the slowest rate in South-East Asia.

The central bank may resume hiking the benchmark policy rate again in the third quarter, according to a Bloomberg survey.

"We think we are on the right track,” Zafrul told Bloomberg Television’s Haslinda Amin at the World Economic Forum in Davos, Switzerland.

"Our interest rate has gone by up by 25 basis points mainly because of the strength of the economy. I think we are able to increase it without having much adverse impact on the economy because of where we are. But again, it is still accommodative because it is at 2% compared to 3% before. 2% is the lowest in 10 years.”

Malaysia’s high vaccination rate, coupled with the global pivot toward living with the virus, nudged the government to reopen its international borders in April. That’s buoyed optimism the country’s recovery has reached firmer footing, with Bank Negara Malaysia estimating the economy to quicken anywhere between 5.3% and 6.3% in 2022 from a year ago.

Risks to that outlook remain in the form of global tensions, especially the war in Europe. Malaysia, a net food importer, is taking steps to secure its supplies with food costs surging to all-time highs as the war in Ukraine worsens a global hunger crisis.

Consumer prices rose by a modest 2.3% in April, while the core measure that strips volatile food and energy costs gained 2.1%. Still, concerns about price pressures lend itself to a move this week by Prime Minister Ismail Sabri Yaakob to halt exports of chicken from June 1 to curtail rising local prices.

Soaring food costs will continue to dominate Malaysia’s inflation in the coming months amid elevated global commodity prices and domestic supply chain disruptions, analysts at TA Securities wrote in a note Thursday. The country is also affected by high import prices aggravated by the weak ringgit, they added.

Zafrul said the government has been spending more on subsidising prices than it did last year to support Malaysia’s most vulnerable, but the impact on the government’s budget had been buffered by the commodity price surge.

"Our coffers will be OK,” he said.

Former Prime Minister Mahathir Mohamad scrapped the goods and services tax soon after coming into power in 2018, fulfilling a campaign pledge but putting state revenues under pressure. A minister last year said policy makers should consider re-introducing the tax at an appropriate time to boost revenue.

That would require the support of parliament, which would mean any change wouldn’t occur before the middle of next year at the earliest, Zafrul said. 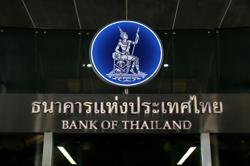