Non-oil domestic exports are projected to grow by 3 per cent to 5 per cent. - ST

This is up from the previous forecast of 0 per cent to 2 per cent expansion for both Nodx and overall trade last shared in February, in the light of the high base in 2021 and in line with the global economic and trade outlook.

Enterprise Singapore noted that both total trade and Nodx growth exceeded expectations in the first quarter, due to factors such as higher oil prices driving oil trade growth in nominal terms - unadjusted for the higher prices.

But exports will also get a boost from robust global semiconductor demand, which is likely to continue through the year, lifting shipments of electronics and related specialised machinery, the trade agency added.

This is as Nodx rose by 11.4 per cent year on year in the first three months, after a 20.1 per cent expansion in the previous quarter, bolstered by growth in both electronics and non-electronics.

Shipments of electronic products rose 12.3 per cent in the first quarter - an eighth straight month of growth - due to higher exports of integrated circuits, disk media products and capacitors.

Non-electronic Nodx expanded 11.1 per cent, with the largest contributors to growth being structures of ships and boats, specialised machinery and pharmaceuticals.

Nodx to Singapore's top 10 markets as a whole grew in the first quarter, despite declines in exports to Hong Kong, South Korea and Thailand.

Total merchandise trade grew 20.8 per cent, continuing the 28.8 per cent expansion seen in the previous quarter. This was supported by growth in both oil and non-oil trade.

Meanwhile, total services trade expanded 6.8 per cent in the first quarter, extending the 10.6 per cent growth in the previous quarter.

Total services trade reached $158 billion for the first three months, lifted by growth in both exports and imports.

Services exports increased 7.1 per cent year on year, due to increase in other business services exports, travel receipts and receipts from charges for the use of intellectual property.

In its statement, Enterprise Singapore said that while Singapore recorded a stronger than predicted trade performance in the first quarter and various factors are expected to support trade growth for the year, risks and uncertainties remain.

The International Monetary Fund is expecting global economic activity to grow at a slower 3.6 per cent in 2022, down from the earlier projected 4.4 per cent, it noted.

Most of Singapore's key trade partners including China, the United States, euro zone and Asean-5 had their 2022 growth forecasts downgraded due to the spillover effects from the Russia-Ukraine conflict, it added.

In a similar vein, the World Trade Organisation lowered its 2022 growth forecast for global merchandise trade volumes to 3 per cent from 4.7 per cent previously. 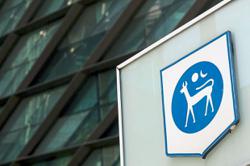