Marcopper, which folded after the incident, had denied liability and negligence in its maintenance and operations of the dam.

MANILA (Reuters): A Philippine court has ordered a mining company to pay damages to 30 people for negligence in a 1993 dam burst that was one of the country's worst mining disasters, a verdict cheered on Wednesday (May 25) by environmentalists and the industry.

The case was filed in 2001 by residents in the island province of Marinduque, who sought compensation after a typhoon caused Marcopper Mining Corp's Maguila-guila dam to burst, submerging nearby communities and destroying property, crops and livelihoods.

The court in Marinduque ruled the plaintiffs must be paid 300,000 pesos (US$5,734) each, plus a share of 1 million pesos for exemplary damages, according to the May 16 decision, which was made available to media this week.

The incident made mining a highly contentious issue in a country with vast underdeveloped mineral reserves. The Philippines is currently the biggest nickel ore supplier to top metals buyer China.

Marcopper, which folded after the incident, had denied liability and negligence in its maintenance and operations of the dam, according to the court decision. It was not immediately clear who would pay the compensation.

Marcopper's parent company, Placer Dome, was acquired by Canada-based Barrick Gold Corp in 2006, which absorbed its workforce and projects. Barrick did not immediately respond to a Reuters request for comment on the ruling.

Activists and industry groups said the incident underlines the importance of compliance by mining firms.

Mines and Geosciences Bureau Director Wilfredo Moncano said the decision "serves as a reminder to all mining companies to strictly comply with environment laws and regulations."

The industry lobby group, the Chamber of Mines of the Philippines, said the incident has been "a constant reminder to miners all over the world that the safety of all stakeholders in host mining communities is paramount". 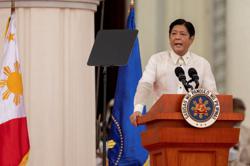