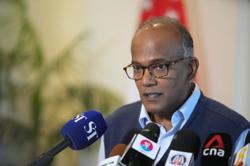 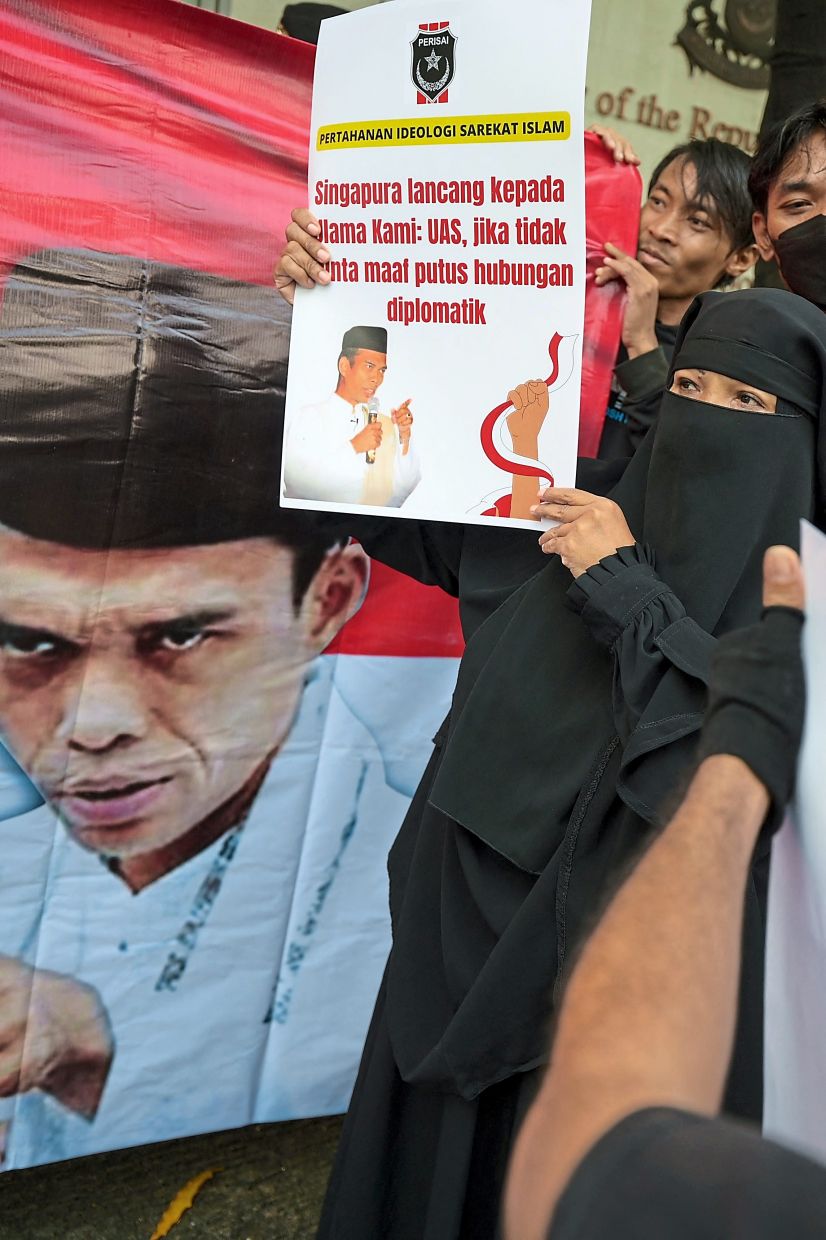 Staunch backing: Supporters of Somad holding a protest next to Somad’s photograph in front of the Singapore embassy in Jakarta after the preacher was refused entry into Singapore. — AFP

INDONESIAN preacher Abdul Somad Batubara had been on Singapore authorities’ radar for some time, for having influenced and radicalised some people here.

Among them was a 17-year-old who subscribed to his teachings, believed in suicide bombing as an act of martyrdom, and was detained under the Internal Security Act in January 2020, Law and Home Affairs Minister K Shanmugam said yesterday.

The teenager had watched Somad’s YouTube lectures, and began to believe that fighting for the militant Islamic State group and dying as a suicide bomber would lead to rewards in heaven.

“So you can see Somad’s preachings have real world consequences,” said Shanmugam.

Somad was turned away at Singapore’s borders on May 16 over what the Ministry of Home Affairs (MHA) called “extremist and segregationist teachings, which are unacceptable in Singapore’s multi-racial and multi-religious society”.

The preacher has a sizeable following back home, where he is a divisive figure. He had previously been denied entry to Hong Kong, Timor Leste, the Netherlands, Germany and Britain.

Speaking to reporters at MHA’s headquarters, Shanmugam said that one comment – since removed by Facebook parent company Meta – threatened an attack on Singapore “like 9/11 in New York 2001”.

Other comments called for Singapore to be bombed and destroyed, with one declaring “small country yet so arrogant with just one missile and you are finished”.

Somad had travelled to Singapore from Batam with six other persons but was put on a boat back to the Indonesian port after being interviewed by immigration officials at Tanah Merah Ferry Terminal.

Explaining the decision, MHA noted last week how Somad has preached that suicide bombings are legitimate in the context of the Israel-Palestine conflict, and are considered “martyrdom” operations.

He has also made comments denigrating members of other faiths, such as Christians, by describing the Christian crucifix as the dwelling place of an “infidel jinn (spirit/demon)”.

Shanmugam yesterday said that someone saying this in Singapore would be visited by the Internal Security Department and put behind bars. — The Straits Times/ANN 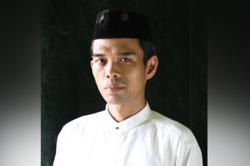